Mohit Goel, his aide, a woman conspired to extort money from complainants after implicating them in a gang-rape case in Rajasthan's Alwar. 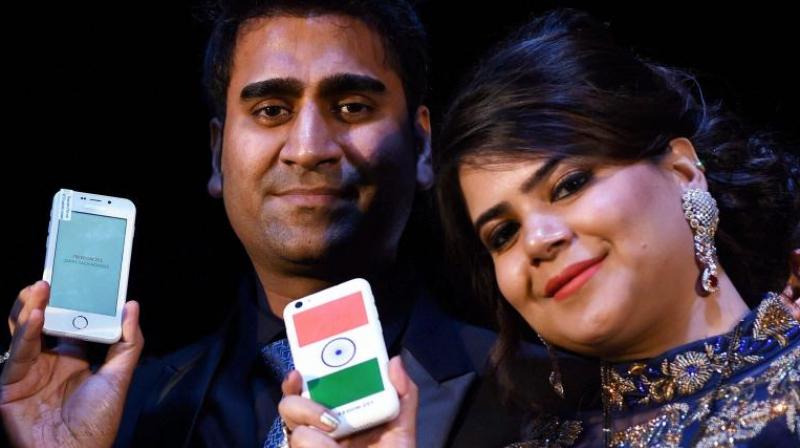 During the course of the investigation, it was found that the woman had been threatening the complainant and asking him for money. (Photo: File/PTI)

New Delhi: Three people, including Mohit Goel, a partner of Noida-based company Ringing Bells, which had announced Freedom 251 smartphones at a price of Rs 251, were arrested on June 10 for allegedly trying to extort money from a businessman to "settle a gang-rape case", police said.

Goel, his aide and a woman conspired to extort money from the complainants after implicating them in a gang-rape case in Rajasthan's Alwar.

On March 6, a case was lodged in Alwar on the basis of a complaint from the woman involved in the conspiracy, wherein she had alleged that she was raped by five businessmen.

The woman had alleged that she was called to attend an event at a hotel, where she was raped by the five. The police had subsequently arrested all the five accused.

During the course of the investigation, it was found that the woman had been threatening the complainant and asking him for money.

Later, the police laid a trap to arrest the accused when they came to take the extortion amount.

"The police have arrested three members of a gang, who were trying to extort money to settle a rape case registered by one of them against the brother of the complainant and others in Rajasthan," Deputy Commissioner of Police (North West) Aslam Khan said.

She added that the names of the other arrested persons, apart from Goel, would be revealed after the role of each one of them was ascertained.

A complaint was received at the Netaji Subhash Place police station against a gang for allegedly extorting money.

"My relatives were being honey-trapped. First, the accused asked for Rs 11 core and then they settled the matter for Rs 2.5 crore," said a family member of a complainant.

They had taken Rs 1 crore 15 lakh earlier and on Sunday the "rape victim", along with others, arrived at the businessman's office to take to take Rs 30 lakh when they were nabbed from the spot.