Referring to Saifullah’s family, the Manch leader said it was obvious the family was under police pressure. 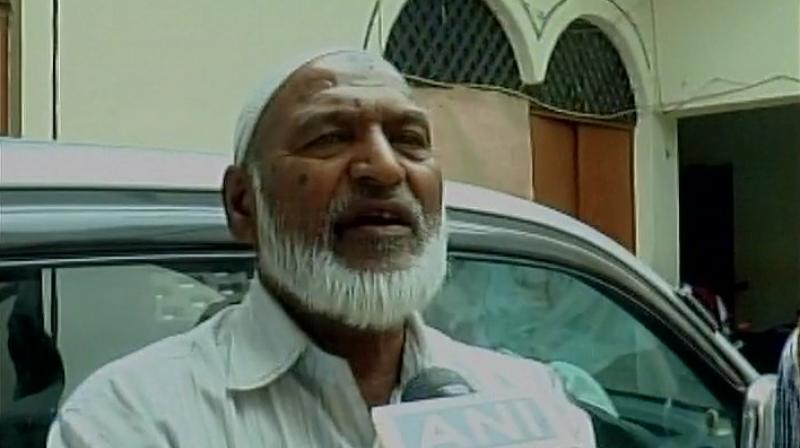 Lucknow: Sartaj Ahmad, father of slain terror suspect Saifullah, has now demanded a judicial inquiry into the Uttar Pradesh ATS encounter in which his son was killed in Lucknow on Wednesday morning.

The demand came after activists of Rihai Manch, a platform fighting for innocents implicated in criminal cases, met Saifullah and his family in Kanpur on Thursday.

Sartaj Ahmad had refused to accept his son’s body and said he did not wish to identify himself with one who was involved in terror activities. “I have been demanding an inquiry into the entire incident since the day of the encounter, but the media, including the television news channels, did not report it. I am curious to know how my son, who left home barely two and a half months ago, got radicalised to such an extent that he got into this mess,” he said.

The Rihai Manch, which had been set up to fight for the rights of wrongly-imprisoned terror suspects after the Batla House encounter in New Delhi in 2008, has alleged that the operation appeared to be an attempt by the Central government to polarise votes for the final phase of the Uttar Pradesh elections on Wednesday.

In a statement, Rihai Manch president Mohammed Shoeb, who visited the spot where the encounter took place, said the inner room of the house — in which Saifullah was learnt to be at that time — was such that he couldn’t have fired at the police from there, and neither could the police have fired at him. “There were no bullet marks on the walls of the room, which raises questions about the police version”, he said.  “Besides, ADG (law and order) Daljit Chaudhary later claimed there was no evidence of the so-called terror suspect’s links with ISIS, which also raises many doubts”, he added.

Referring to Saifullah’s family, the Manch leader said it was obvious the family was under police pressure.

“The police visited the same house two hours before the encounter following a complaint of domestic violence from one resident. The cops interrogated all members living here, including Saifullah. Would he have interacted with the police if he was involved in the Madhya Pradesh train blast?” the Manch leader asked.

Rihai Manch activists claimed that local residents were now also raising questions about the facts of the “encounter”, and their views could not be ignored.