The BJP leaders allegedly staged a protest outside the GRP police station in the morning and confronted the GRP officers. 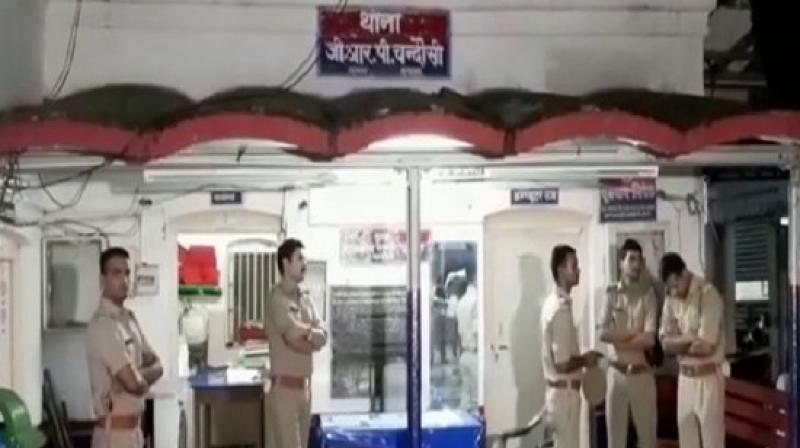 Chandausi: The government railway police (GRP) posted at Chandausi railway station on Friday night allegedly harassed a businessman here by looting Rs 50,000 and some valuables from him and detaining him for the entire night at the police station.

The businessman identified as Ankit Rastogi went to the railway station to drink refrigerated water on Friday night.

At that point, the police personnel in civil dress stationed at the police station at Chandausi railway station called and abused him.

"The policemen looted Rs 71,000 from me apart from taking away my mobile, ring and a rosary of rudrakshas. They kept me in the police station for the entire night and when I said in the morning that I had to pay some amount to someone then they gave back Rs 21,000 and made me sign a paper forcefully that if I complain about them then they would arrest me," Rastogi said.

The BJP leaders allegedly staged a protest outside the GRP police station in the morning and confronted the GRP officers.

"PK Tiwari, SP Railway has suspended the constables - Hemant, Wasim and Akil - in the incident. The SP has also directed that the businessman's money should be returned to him," Devi Dayal, CO, GRP said.