Police will get two more days to interrogate the duo for stalking 29-year-old Varnika Kundu on Friday. 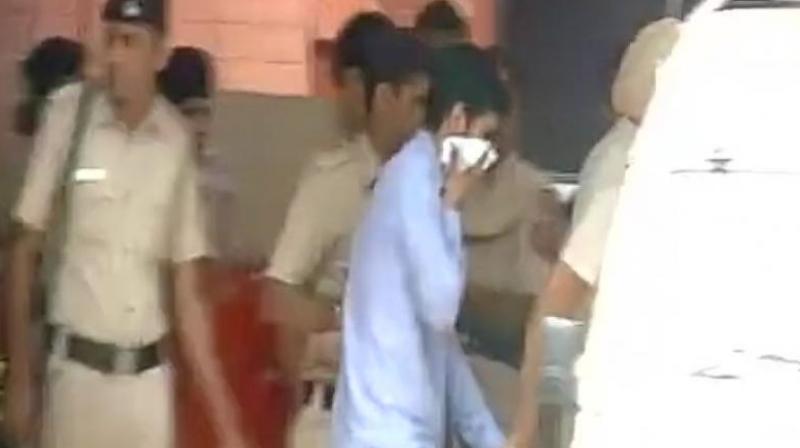 Police arrested the duo after examining the CCTV footage of the incident, saying that they have sufficient evidence against the accused persons. (Photo: ANI/Twitter)

Chandigarh: A court in Chandigarh sent Vikas Barala and his friend Ashish Kumar to two-day police custody on Thursday in connection with the stalking case.

Vikas Barala, the son of Bharatiya Janata Party's (BJP) Haryana unit President Subhash Barala, and his friend Ashish Kumar were arrested on Wednesday when they appeared in Chandigarh Sector 26 Police Station after being summoned in the case.

Police will get two more days to interrogate the duo for stalking 29-year-old Varnika Kundu on Friday.

Director General of Police, Chandigarh, Tajender Singh Luthra on Wednesday said they were arrested on charges of attempt to abduction and IPC 365 and 511 have been filed against them.

Police arrested the duo after examining the CCTV footage of the incident, saying that they have sufficient evidence against the accused persons.

The Chandigarh Police had asked Vikas to appear before the Station House Officer at 11 am 'sharp'. But the state BJP chief's son appeared almost after three hours.

The notice was issued to both the accused under 160 Code of Criminal Procedure (CrPC) and the case has been filed against Barala under Section 354D (stalking), 341 (wrongful restraint), 34 (common intention) of the Indian Penal Code (IPC) and 185 MV Act (rash driving).

Vikas and Kumar were initially arrested on August 5 on charges of stalking and harassing IAS officer's daughter Varnika Kundu in Chandigarh late on Friday night. They were, however, granted bail the same day.

Subhash Barala broke his silence on the matter on Tuesday after being mute for over three days and said, Varnika "is like my daughter". He assured action against his son.