Curfew has been imposed in the area and mobile internet services have been suspended. 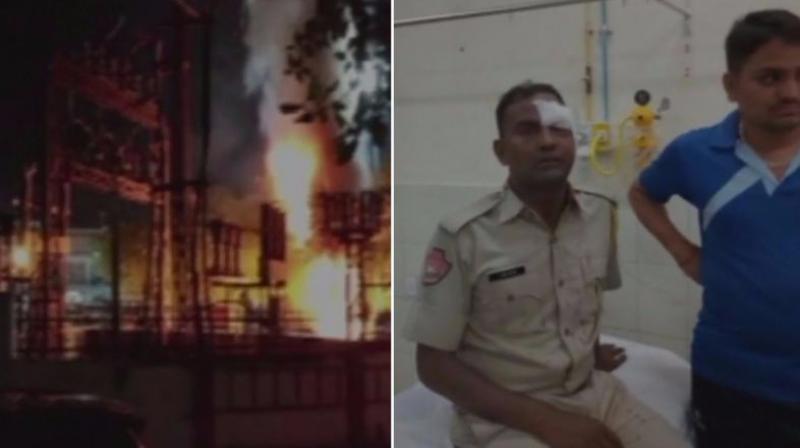 At least 10 policemen were also injured in the clashes that took place in Jaipur’s Ramganj area. (Photos: ANI/Twitter)

Jaipur: Curfew was imposed in Rajasthan's Ramganj area in Kota District on Saturday, a day after one policeman died and over 10 people were injured during a clash.

Violence erupted after a policeman allegedly thrashed a woman while dispersing a crowd that had gathered on the street.

Other eyewitnesses, however, said the violence occurred after a policeman tried to stop a man on motorbike during routine checking. Police claimed that the man tried to escape and was hit by a cop.

Situation turned violent after hundreds of people gathered at a police station in the area in protest and started throwing stones on the cops.

The police were forced to use tear gas to disperse the mob that went on rampage setting on fire a power house, a few vehicles including an ambulance. They attacked journalists too, police said.

"Curfew has been imposed till further orders in Manak Chowk, Subhash Chowk, Galta Gate and Ramganj police station areas of the city following violence in which a police station was attacked and vehicles burnt," police said.