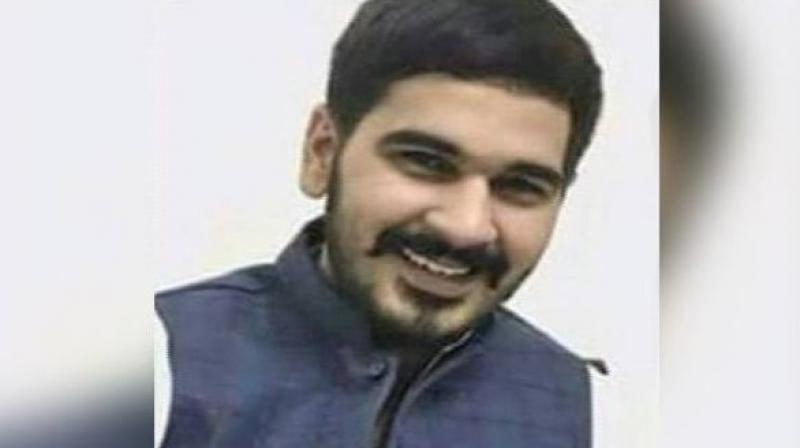 Addressing the media, DGP Chandigarh said the duo has been arrested on charges of attempt to abduction and IPC 365 and 511 have been filed against them.

Vikas and Ashish will be produced in court on Thursday.

DGP Chandigarh said a lot of details were unearthed during the interrogation.

The DGP also said that there was no political pressure on them and that they were doing everything professionally and objectively.

Vikas Barala and his friend Ashish Kumar were summoned by Chandigarh police on Wednesday morning.

The Chandigarh Police had earlier on Wednesday asked Vikas to appear before the Station House Officer (SHO) of Sector-26 Police Station at 11 am 'sharp'. But the state BJP chief son appeared almost after three hours.

Security was tightened outside the police station since morning.

Police and media battled rain and waited for Vikas to arrive for questioning in the stalking case.

The Chandigarh Police on Wednesday said it has sufficient evidence to establish that the accused, Vikas and his friend, stalked and chased Varnika Kundu in Chandigarh late on Friday night. Varnika had also alleged that Vikas tried to open her car door.

Meanwhile, addressing a press conference, Haryana BJP Chief Subhash Barala said, "The moment we learnt about the notice, Vikas headed for Chandigarh. He will cooperate fully with the police."

Vikas and his friend Ashish Kumar were arrested on August 5 on charges of stalking and harassing IAS officer's daughter Varnika Kundu in Chandigarh. They were, however, granted bail on the same day.

Earlier, a case was registered by the Chandigarh Police against Vikas and other youth under under Section 354 D (stalking) of the Indian Penal Code and Section 185 (Motor Vehicle Act) of the CRPC on the basis of complaint filed by the woman.