Sothia, a local businessman, got upset when he did not feel ‘high’ after a drinking session with his friend on April 12 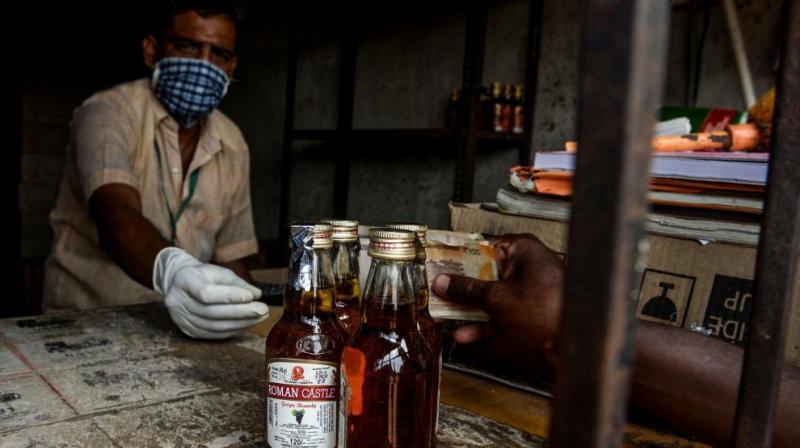 He immediately called off the session after taking a few sips of liquor sensing that he failed to get a kick. (Representational image: AFP)

Bhopal: If it does not give a kick, then it cannot be booze.

Lokesh Sothia, 42, a resident of Ujjain in Madhya Pradesh, has been trying to make the state excise department realise this for the last 26 days.

He immediately called off the session after taking a few sips of liquor sensing that he failed to get a kick.

He then took up the matter with the state home minister Narottam Mishra and the Ujjain excise department seeking action against the booze maker alleging that the beverage he bought was not alcohol, but water.

“I have been consuming liquor for the last two decades and I can tell without fail about its taste and quality. The liquor I had consumed with my friend was not genuine,” he said.

He added, “I have preserved the liquor and am ready to produce them before the excise department to establish that it was adulterated.”

Ujjain excise commissioner Inder Singh Damoh said he has asked his officers to probe the matter.

“Necessary action will be taken on the matter after the probe,” he added.
Sothia is now mulling to move the consumer court against the maker of the country liquor. He has already consulted his lawyer to file a petition in the consumer forum in this regard.