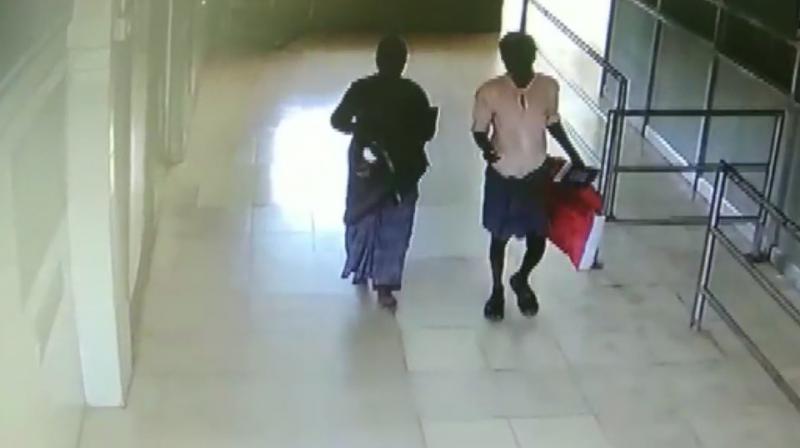 The accused has been identified as Mariamma, a resident of Udmalpet. (Photo: ANI)

Pollachi: A 50-year-old woman was arrested on Thursday for lifting a five-day-old infant from a government hospital here on May 5.

The accused has been identified as Mariamma, a resident of Udmalpet.

"As per the parents of the infant, the accused met them in the hospital and told them that her husband had been admitted in the male ward of the same hospital. She urged them to allow her to stay in a female ward with their child. She also promised the couple that she would look after their child. However, a few hours later, Mariamma ran away with the child from the hospital," police said.

An FIR has been registered in the case and the accused has been sent to Coimbatore Central Prison.