Kashmiris who glorify terrorists should learn from Saifullah's father: BJP

Saifullah was killed by commandos in a house on the outskirts of Lucknow after an exchange of fire with the police for about a 12-hour. 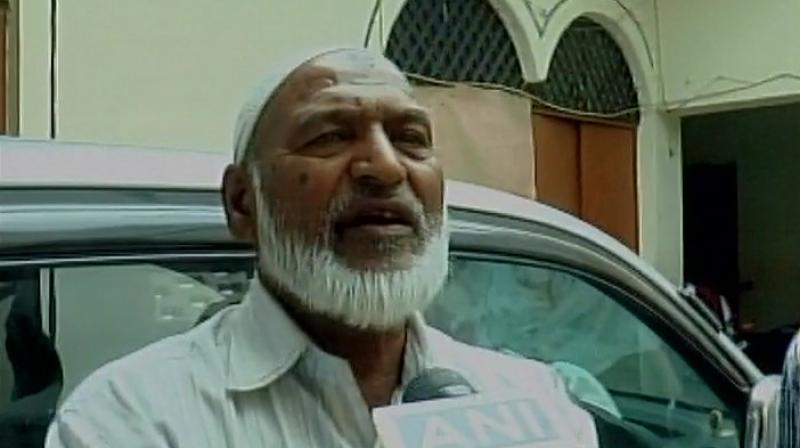 Sartaj, the father of the terror suspect killed in encounter with the police and ATS, in an interview where he refused to accept his son's body. (Photo: Twitter)

New Delhi: Appreciating the step taken by the father of Saifullah, the ISIS terror accused killed in an operation in Lucknow, by not accepting his son's body, the Bharatiya Janata Party (BJP) on Thursday said that extremist elements in Kashmir should take lessons from the former rather than glorifying a terrorist.

"I appreciate his father who said I will not accept an anti-national body, it is a lesson for the people of Kashmir who glorify a terrorist body by taking out huge procession for funerals," BJP leader S Prakash said.

Prakash further acknowledged the effort of the intelligence agencies and ATS of Madhya Pradesh and Uttar Pradesh for preventing a major incident before it took place.

"He was a terrorist he was attempting to carry out a big terrorist operation in Uttar Pradesh. A blast in Ujjain gave out his plan. Ultimately he has to see his end," he said.

Earlier on Wednesday, the father of Saifullah, Sartaj refused to accept his son's body saying "a traitor" is no son of theirs.

Saifullah was killed by commandos in a house on the outskirts of Lucknow earlier on Wednesday morning after an exchange of fire with the police for about a 12-hour.

Uttar Pradesh Police (ADG UP) Daljeet Chaudhary said the youth was self-radicalised and was influenced by 'literature'.

"These days, people self-radicalise themselves. They read their literature and come under its influence. Also, they follow social media for the same," Chaudhary told the media.