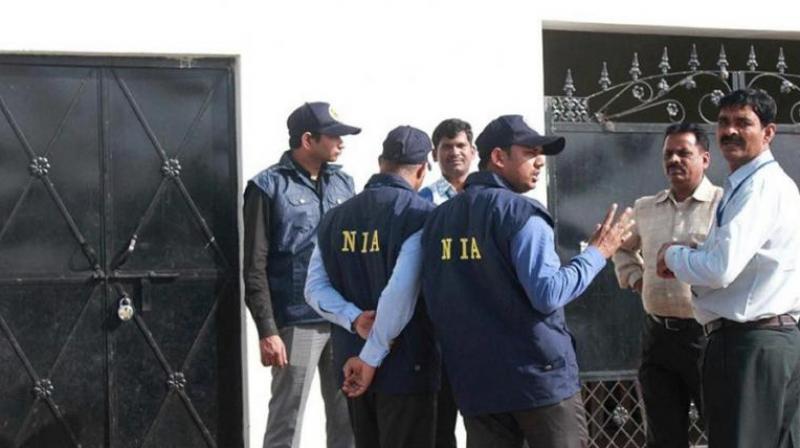 The NIA team on Monday intercepted the gang members in New Delhi and seized the banned notes. (Photo: PTI/Representational)

New Delhi: The National Investigation Agency has seized Rs 36.34 crores of demonetised banknotes in connection with its ongoing investigations into a terror funding case in the Kashmir Valley, and arrested nine persons over the seizure here on Tuesday.

Six persons were intercepted by an NIA team in New Delhi’s Connaught Place area on Monday as they were carrying 28 cartons filled with demonetised Rs 1,000 and Rs 500 notes in four vehicles — BMW X3, Hyundai Creta SX, Ford EcoSport and BMW X1, an NIA spokesman said. They were brought to the NIA headquarters for questioning, he added, saying Rs 36.34 crores in demonetised notes was seized from them.

Later on Monday evening, three other members of the gang were also apprehended. “After initial questioning, nine people were arrested today in the J&K terror funding case and they will be produced in a special NIA court tomorrow,” an official said.

The spokesman said the NIA had got a lead about their activities while investigating a case on the financing of terror activities in the Kashmir Valley. During the probe, it emerged that people and entities linked to separatists and terrorists were still in possession of a significant amount of demonetised currency notes that could not be converted into new ones, he said.

“Surveillance was mounted on such persons and entities. This led to unearthing of a conspiracy wherein a gang of such persons were making an attempt to convert this demonetised money,” the official said.

Earlier this year, the NIA had registered a case relating to the funding of terror and other subversive activities in the Valley through hawala channels, where money was coming in from Pakistan and some Gulf countries. As part of its investigations the NIA raided several places in J&K, Delhi and Haryana and recovered a large amount of foreign currency, literature of some terror outfits, computer hard disks and mobile phones.

The NIA has arrested a number of people over the case, including relatives of hardline separatist leader Syed Ali Shah Geelani. It has also questioned Geelani’s two sons in connection with the case.

Besides others, the FIR lodged by the NIA in the terror funding case names Hafiz Saeed, who heads Jamaat-ud-Dawa, as well as terror outfits like Lashkar-e-Tayyaba and Hizbul Mujahideen.