The district magistrate said that there were nine people on the boat and three of them swam to safety. 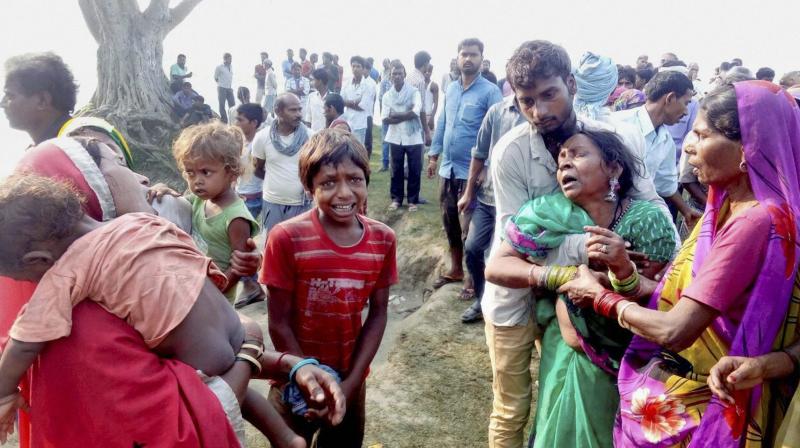 Lucknow: At least seven persons were killed when a boat capsized in Saryu River in Bahraich district on Saturday.

District Magistrate Ajay Deep Singh said that the deceased included four children. The incident took place in the Saryu River at Pipraghat in Ramgaon. UP chief minister Yogi Adityanath condoled the loss of lives in the incident and announced an ex gratia of Rs 2 lakh to the families of each of the deceased.

The families will also be provided an additional aid of Rs 5 lakh each through the Mukhyamantri Kisan Aur Sarvhit Bima Yojna, an official release said. The victims, residents of nearby Gopalpur and Behta villages, were returning after attending a fair in Ramgaon area when the boat capsized midstream.

The district magistrate said that there were nine people on the boat and three of them swam to safety. All the bodies have been fished out and sent for post-mortem. ADM Santosh Rai, who was at the spot to monitor the rescue operation, said the deceased have been identified.