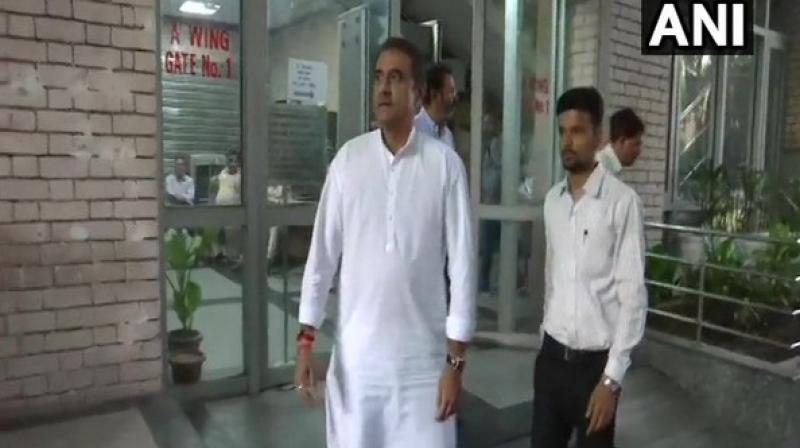 Talwar, who was extradited from Dubai on January 30, allegedly received payments to the tune of Rs 272 crore during 2008-09 from these international airlines in lieu of securing favourable traffic rights. (Photo: ANI)

Patel, who is the Nationalist Congress Party leader, was earlier questioned by the Enforcement Directorate (ED) for his alleged involvement in awarding favourable air traffic rights to foreign airlines that caused losses to national carrier Air India.

The name of Patel, who was the civil aviation minister between 2004 and 2011, surfaced in a charge sheet filed by the law enforcement agency against corporate lobbyist Deepak Talwar, on March 30.

The agency had, in its charge sheet, stated that Talwar, who is currently in judicial custody, allegedly acted as a middleman to favour foreign private airlines.

The charge sheet also said that Talwar was in regular touch with the former Aviation Minister.

"Talwar finalised various communications on behalf of Emirates and Air Arabia to be addressed to the then Minister of Civil Aviation Praful Patel," Special Public Prosecutor (SPP) DP Singh, appearing for the agency, had told Special CBI Judge Anuradha Shukla Bhardwaj on May 1.

Talwar, who was extradited from Dubai on January 30, allegedly received payments to the tune of Rs 272 crore during 2008-09 from these international airlines in lieu of securing favourable traffic rights.