The SIT raided the building and seized the 5,880 gold bars weighing 303 kg, the release added. 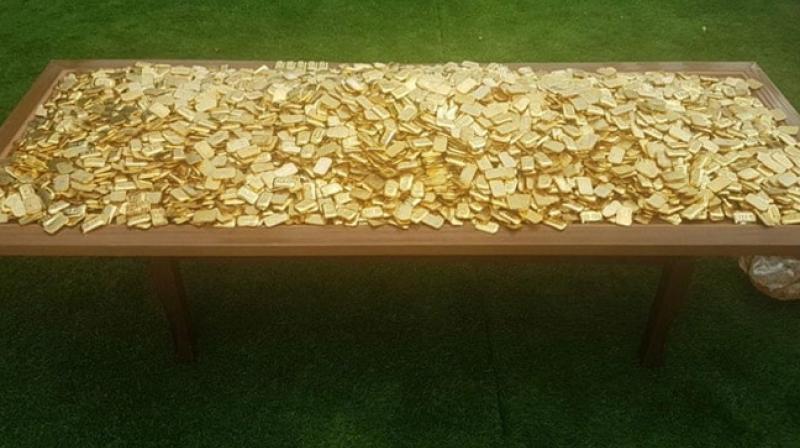 The ponzi scheme operator Mohammed Mansoor Khan used to show the huge quantity of gold to the people and entice them to invest in his company, the SIT said in a release.

Before leaving the country, Mansoor Khan hid the fake gold bars under the swimming pool of his building.

The SIT raided the building and seized the 5,880 gold bars weighing 303 kg, the release added.

Mansoor Khan, the owner of IMA jewels, was arrested last month in New Delhi by the Enforcement Directorate.

Mansoor Khan, who had escaped to Dubai, flew back to India and was arrested after he landed in Delhi.

The Enforcement Directorate had attached assets worth Rs. 209 crore, including 20 immovable properties and bank deposits, in connection with the case.

The ED had filed the money laundering case against the IMA group of companies and Mohammed Mansoor Khan after reports emerged that he went underground fearing investments worth crores of about 40,000 investors have tanked.

The SIT has arrested over 25 people.

The SIT wanted to question disqualified Congress MLA R Roshan Baig but he did not appear before it seeking time.