Earlier on Tuesday, the Congress asserted that all the investigation agencies are under the saffron party's thumb. 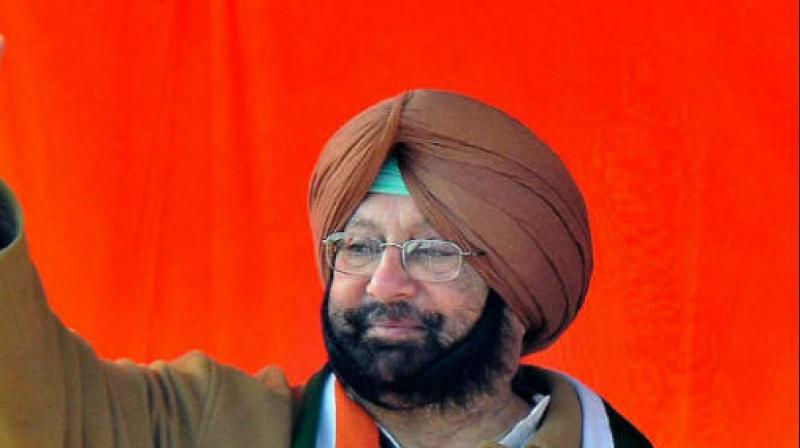 Punjab Chief Minister Amarinder Singh further asserted that the guilty would be punished irrespective of whosoever the person may be. (Photo: PTI)

"A strict investigation will be done as to why the CCTV cameras were not working on that particular day when the incident of stalking and harassing of the woman took place," Singh said.

He further asserted that the guilty would be punished irrespective of whosoever he may be.

"Strict action will be taken against the guilty even if he is the son of some minister of a state," Singh said.

Singh came down heavily over the comment of a Bharatiya Janata Party (BJP) saying the victim should not have been out at such a late hour and said, "We are living in a modern world where women are self-dependent and have to work late nights."

He further said this was clearly a case of abducting and it has nothing to do with women working or moving out in the late hours at night.

Earlier on Tuesday, the Congress asserted that all the investigation agencies are under the saffron party's thumb.

Opposing accused Vikas Barala's bail in the case, senior Congress leader Kapil Sibal said it should not be considered as a bailable offence.

The Congress Party accused the BJP of putting pressure on Chandigarh administration and hatching a conspiracy to protect Haryana BJP chief's son.

Resonating similar views, Congress leader Sharmistha Mukherjee questioned the BJP as to why a case of abduction and assault to the modesty of the women hasn't been filed.

On Aug 5, Vikas Barala, son of Bharatiya Janata Party's (BJP) Haryana unit President Subhash Barala, was arrested on the charges of stalking and harassing the IAS officer's daughter in Chandigarh. He was, however, granted bail on the same day.

A case was registered by the Chandigarh Police against Vikas and other youth under Section 354 D (stalking) of the Indian Penal Code and Section 185 (Motor Vehicle Act) of the CRPC on the basis of a complaint filed by Varnika.