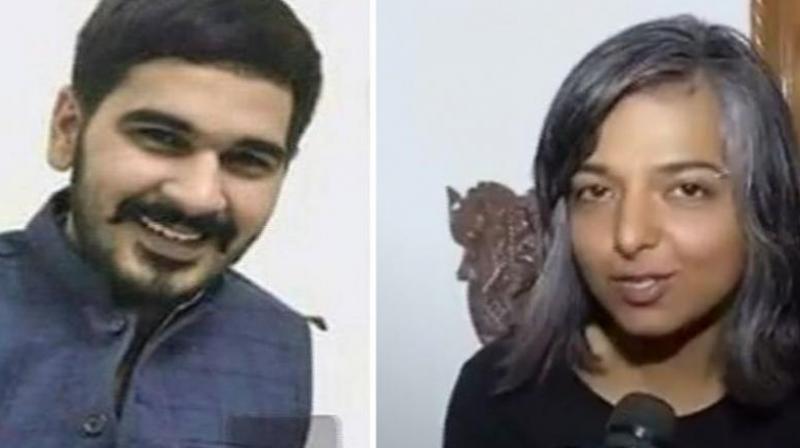 According to a Hindustan Times report, Kundu alleged that she was stalked by Vikas Barala, where he even tried to open her car door.

The footage showed the victim's car being followed by a white SUV, he added.

The footage is concrete evidence to prove the charges Varnika Kundu has slapped against Vikas Barala.

Meanwhile, the Centre has asked for a report on the incident following the nationwide support and outrage on social media.

“Even before you have registered a case under correct sections, the CCTV footage has gone. Does it not show that the Union Government is giving diktats to protect the Haryana BJP president and his son?” Congress leader Randeep Singh Surjewala said.

He even accused the Chandigarh police of protecting Subhash Barala and his son Vikas.

"All CCTV cameras have been found non-functional. There were five cameras on the stretch, but no footage is available as their annual maintenance contract was over,” SSP (traffic and security) Shashank Anand had said earlier.

The National Commission for Women called for a fair probe and regular updates.

“In the letter (to police) we have asked them to conduct a quick, immediate, fair and free investigation in the case and let us know what is happening in every stage,” NCW chairperson Lalitha Kumaramangalam said.

The Opposition demanded that Subhash Barala resign from his post. However, BJP denied it saying there was no immediate plan for him to quit the party. "I came to know about this incident. Chandigarh Police has filed the complaint and I believe they will take appropriate action. This matter is not related with Subhash Barala but with an individual. So action would be taken against his son," Haryana Chief Minister Manohar Lal Khattar said.

A case was registered by the Chandigarh Police against Vikas and other youth under under Section 354 D (stalking) of the Indian Penal Code and Section 185 (Motor Vehicle Act) of the CrPC on the basis of complaint filed by the girl.