India   Crime  08 Aug 2017  After Haryana, IT professional in Mumbai stalks designer to her home at 2 am
India, Crime

After Haryana, IT professional in Mumbai stalks designer to her home at 2 am

The arrested accused, Niteshkumar Sharma went up to her residence and stood outside her building with no fear of lawful action. 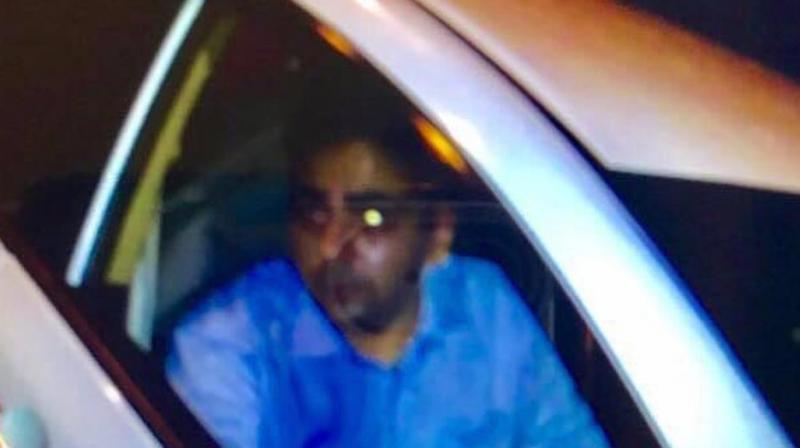 Mumbai: In light of the recent Haryana stalking case, where Varnika Kundu was allegedly stalked and harassed by BJP leader’s son Vikas Barala and his friend Ashish Kumar on the night of August 4, 2017, a similar incident of stalking in Mumbai has come to the fore on Monday.

An IT professional who allegedly followed a designer to her house, rang the doorbell and stood outside the Lokhandwala building on Sunday night, was arrested by the Mumbai Police on Monday, said a report in the Hindustan Times.

Designer Aditi Nagpaul, a local of Shastri Nagar area, said the incident took place on Veera Desai road when she was driving back home along with her 2 children. The stalker, 36-yr-old Niteshkumar Sharma from Malad, started following her on spotting the car. The offender went up to her residence and stood outside her building with no fear of lawful action. He did not leave until Nagpaul raised an alarm, the police said.

Nagpaul approached the police right after the episode and filed an FIR under section 354 (D) (stalking) of the Indian Penal Code (IPC).

The accused was arrested soon after a complaint had been lodged.

Police deployed a team to trace the man on Monday night itself. The CCTV footage of Nagpaul’s building showed Sharma standing outside the victim’s residence.

The designer wrote in a Facebook post on Monday, “In the past 10 years, I’ve always felt safe in Bombay, and in the same breath have always cursed Delhi! But last night showed me a different side to my ‘not so safe anymore’ city! 2 women and 2 kids in a car together don’t stop a random man from stalking and following you up to your house and ringing your door bell at 2 am! He dint have any fear in his eyes, a fear of being captured by security cameras, interrogation by security guards or threats of Police! He just hung around coolly in his car long after the incident very comfortable in getting his pictures clicked!”

However, Twitterati was quick in reacting to the case and called out for quick action.