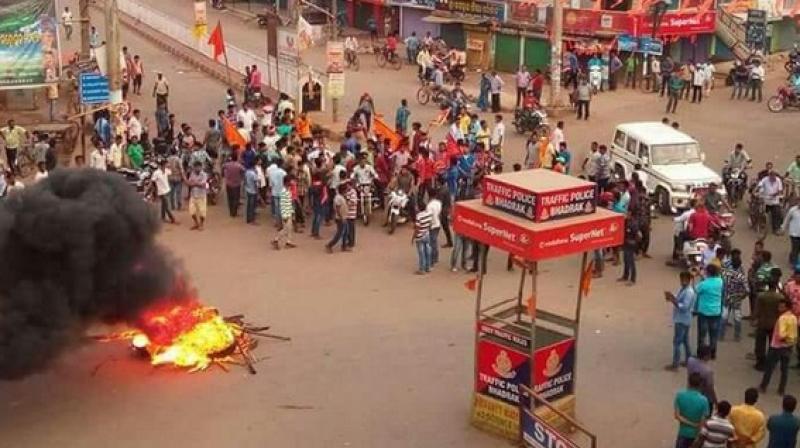 Bhadrak: Following a derogatory Facebook post against Lord Ram Section 144 has been imposed in Odisha's Bhadrak after protests broke out.

Fresh violence erupted in some areas on Friday evening after talks failed to resolve the row triggered by alleged abusive remarks on social media against a particular community.

Though Section 144 was imposed in the town, officials had to clamp curfew as the situation deteriorated further.

About 15 platoons of police have been deployed.

Union Minister of State for Social Justice and Empowerment Krishan Pal Gurjar, who was scheduled to attend a function in Bhadrak on Saturday, cancelled his trip after requests by the local police.