Taking action in the matter, DM Anil Kumar said that Sub-inspector of Excise along with four others has been suspended. 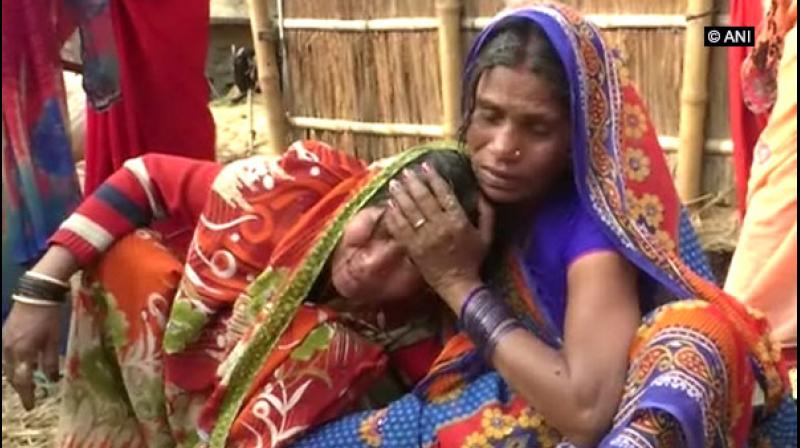 Eight people have each died in Saharanpur and Kushinagar. Four people who consumed the spurious liqour in Kushinagar and 10 from Saharanpur have been admitted to the hospital. (Photo: ANI)

Lucknow: Over 25 people died on Friday in various parts of Uttar Pradesh and Uttarakhand after allegedly consuming spurious liqour.

Following deaths of over 16 people who died after allegedly consuming spurious liquor in Kushinagar and Saharanpur of Uttar Pradesh, Chief Minister Yogi Adityanath has announced ex gratia of Rs 2 lakhs to the kin of the deceased.

"The Chief Minister has also announced Rs 50,000 to those undergoing treatment in hospitals," state principal secretary Avinash Awasthi said on Friday.
“Taking the cognizance of deaths, CM has directed the District Magistrates to ensure proper medical care of affected persons,” the official said.

Eight people have each died in Saharanpur and Kushinagar. Four people who consumed the spurious liqour in Kushinagar and 10 from Saharanpur have been admitted to the hospital.

“CM has directed the principal secretary Excise to take departmental action against both district Excise Officers and directed a 15-day joint operation of Excise and Police to take action against spurious liquor operatives. CM has asked DGP to fix responsibility of the police officers of the district.” Principal Secretary said.

According to Uttarakhand Excise Minister Prakash Pant, over 13 excise officials have been suspended in connection with the case.

“The incident occurred last night in the area of Roorkee. We have suspended thirteen officials in connection with the case and a magisterial inquiry has been ordered and strict action will be taken against the officials,” he told ANI.

Taking cognizance of the issue, he further said that the government will initiate awareness programmes in the state.