Forest officer deputed to check sand mafia operations was run over and killed by tractor-trolley laden with illegally mined sand. 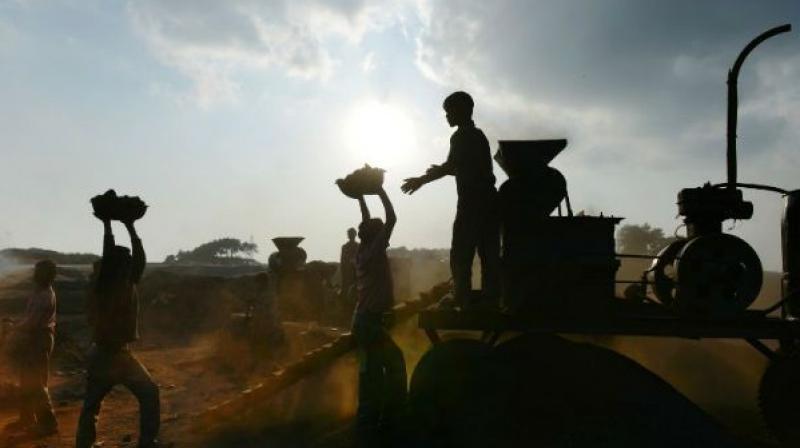 Subedar Singh Kushwaha, a deputy forest ranger, was stationed at a check post on National Highway 3 in Morena to check illegal excavation of sand from the Chambal riverbed. (Representational Image)

Morena: A Forest Department officer deputed to check sand mafia operations was intentionally run over and killed by a tractor-trolley laden with illegally mined sand in Morena on Friday morning, police said.

Subedar Singh Kushwaha, a deputy forest ranger, was stationed at a check post on National Highway 3 here, along with other Forest Department staffers, to check illegal excavation of sand from the Chambal riverbed, they said.

The 50-year-old officer was killed at around 8 am when he was inspecting vehicles coming from the riverside, district Superintendent of Police (SP) Amit Sanghi said. The tractor driver, who is yet to be identified, fled the spot along with the vehicle after knocking down Kushwaha, he said.

The SP said Kushwaha was trying to intercept a tractor-trolley laden with illegally mined sand when another one intentionally mowed him down from behind. Both vehicles managed to flee from the spot, he added.

He said police were scanning footage from CCTV cameras installed near the forest outpost to track the killer. "We have charged the unidentified accused with murder, and further investigations are on," Sanghi said.

Sand mafia is said to be active in the region. Its members excavate sand from the Chambal riverbed, posing a threat to a population of gharials, an endangered species of fish-eating crocodiles found in the river.

The SP said the Chambal riverbed in the district came under the jurisdiction of the National Chambal Gharial Wildlife Sanctuary here.

According to forest officials, the Madhya Pradesh High Court in the past had directed the Forest Department to check illegal mining of sand from the river as it poses a threat to the gharial population.

Due to illegal mining, eggs laid by gharials in sand get damaged, they added.