Lalu Yadav has been asked to appear for questioning at the agency headquarters on September 11 and Tejashwi the next day. 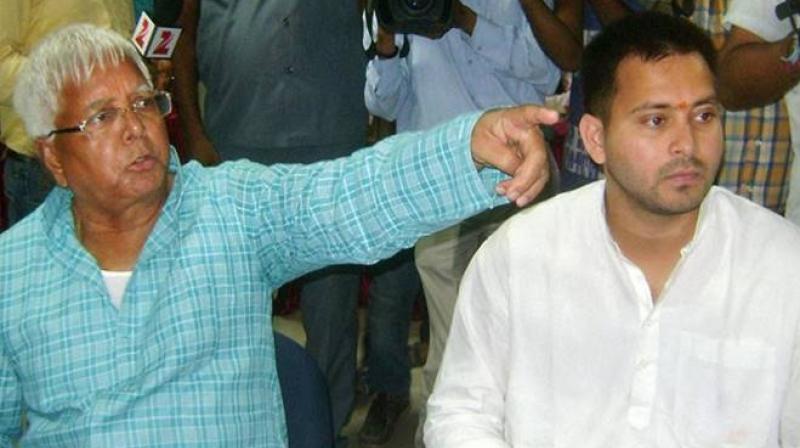 New Delhi: The Central Bureau of Investigation (CBI) has summoned former Railways Minister Lalu Prasad Yadav and his son Tejashwi for questioning in connection with alleged corruption in awarding the maintenance contract for two IRCTC hotels to a private firm, agency officials said.

The RJD leader has been asked to appear for questioning at the agency headquarter on September 11 and Tejashwi the next day, they said.

It is alleged that Yadav as railway minister had handed over the maintenance of two Railways hotels - BNR Ranchi and BNR Puri - to Sujata Hotel, a company owned by Vinay and Vijay Kochhar, after receiving a bribe in the form of three acres of prime plot of land through a benami company.

The FIR alleged that Yadav, as a railway minister, abused his official position for extending undue favours to Kochhars and acquired the "high-value premium land" through a benami company Delight.

It alleged that Yadav, "dishonestly and fraudulently", managed the award of leasing out BNRs at Ranchi and Puri to the company of Kochhars in quid pro quo transactions.

Others named as accused in the FIR include Vijay Kochhar, Vinay Kochhar, both directors of Sujata Hotels and owner of Chanakya Hotel; Delight marketing company, now known as Lara Projects and the then Managing Director P K Goel.