UP couple kills 6-yr-old daughter, bury her in home hoping for healthy child

The girl was malnourished and had developed rickets, several reports said quoting the police. 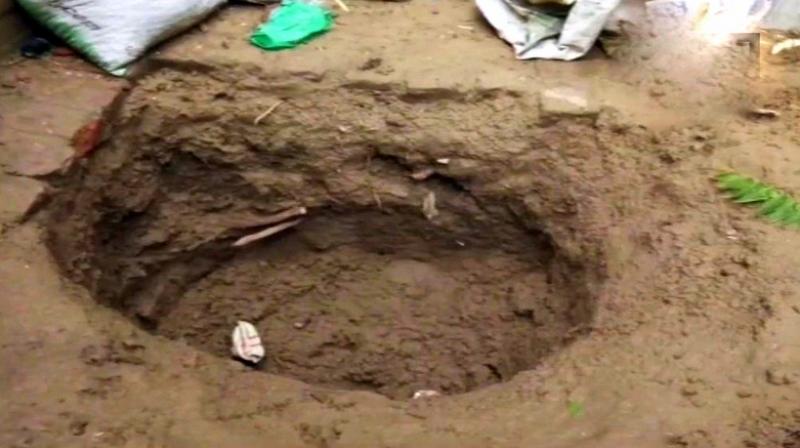 A tantrik had advised the parents that if they bury the girl's body at home, the next child will be healthy. (Photo: Twitter | ANI)

Mumbai: In a horrifying incident, a couple allegedly killed their six-year-old daughter and buried her inside their home near Uttar Pradesh’s Moradabad district believing that their next child will be healthy.

The girl was malnourished and had developed rickets, several reports said quoting the police.

According to news agency ANI, a tantrik had advised the parents that if they bury the girl's body at home, the next child will be healthy.

A police team visited Anandpal's home in Chaudharpur village on a neighbour’s complain. On digging the ground, they found the body of the girl identified as Tara.

Autopsy report revealed that Tara was kept without food or water for five days and she died of suffocation.

According to Tara’s grandmother, the girl was buried inside the house as her mother did not want to part with her.

Speaking about Tara’s health, she told ANI, “We tried several medicines, but nothing worked on her and she kept getting weaker. My grandson has also developed rickets.”

An FIR has been registered against Tara’s parents and they will be arrested soon, a police officer from Moradabad said.