The attack by the mob caused multiple injuries particularly on the neck which resulted in his death. 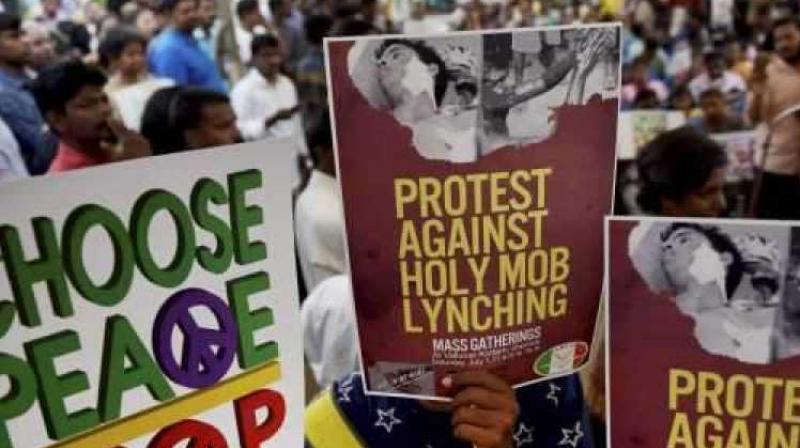 As the man was mentally unstable, he couldn’t clearly respond to the questions of villagers which increased their suspicion of him. He was assaulted by 10 men with rods. (Photo: PTI | Representational)

Bhopal: In another incident of mob lynching, a mentally unstable man has allegedly been lynched in Madhya Pradesh’s tribal-dominated Dindori district. The mob suspected him to be a child-lifter or a kidney thief. So far, ten men have been arrested and booked for murder and destruction of evidence.

According to a report, the incident happened possibly on July 28 at a village in Samanpur (470 km from Bhopal) when the unidentified man’s body which was slowly decomposing was spotted floating in a well on August 1. The body was found in the same village where he was ‘lynched’.

Kartikeyan K, SP Dindori district said, “Forensic experts were of the view that it was four to five days old and injury marks suggested that he had been murdered brutally. We questioned the village chowkidar about the man and the information revealed by him led the police to 3-4 persons of the same village.”

The interrogation of the villagers suspected that the unidentified man had dinner at dhaba on July 28, where drunk villagers spotted him. Amid the rumours of child-lifters in the area, villagers caught hold of him and started questioning him.

As the man was mentally unstable, he couldn’t clearly respond to the questions of villagers which increased their suspicion of him. He was assaulted by 10 men with rods. The attack by the mob caused multiple injuries particularly on the neck which resulted in his death. Seeing that the victim is dead, villagers dumped the body in a well and remained silent over the entire episode.

“Based on the interrogation of those detained in connection with the barbaric blind murder, the ten men, all aged between 25 and 35 years were arrested on Sunday night and booked for murder and attempt to destroy the evidence,” SP Dindori said.

The victim’s identity was ascertained and the body was handed over to the family on Sunday.

It is the second case in Madhya Pradesh. On July 19, a mentally challenged woman was lynched by the mob, suspecting her to be child-lifter in Singrauli. On July 22, 14 men were held for the crime.