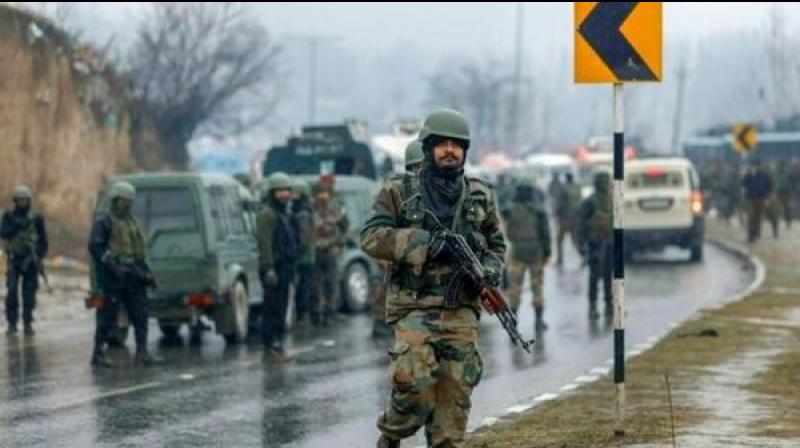 Srinagar: Two more accused, including a man who allegedly bought chemicals online for making improvised explosive device (IED) to be used in Jammu and Kashmir's Pulwama last year, were arrested by the National Investigation Agency (NIA) on Friday, an official said.

Waiz-ul-Islam, 19, from Srinagar and Mohammad Abbass Rather, 32, from Pulwama were arrested by the NIA, taking the number of those arrested in the case in the past week to five.

"During initial interrogation, Islam disclosed that he used his Amazon online shopping account to procure chemicals for making IEDs, batteries and other accessories on the directions of Pakistani Jaish-e-Mohammed (JeM) terrorists," the official said.

He said Islam personally delivered the items to the JeM terrorists after buying them online as part of the conspiracy to carry out the attack.

"Rather is an old overground worker of the JeM. He has disclosed that he gave shelter at his home to Jaish terrorist and IED expert Mohd Umar after he came to Kashmir in April-May 2018," the official said.