Minor girl gangraped by 8 culprits in Odisha, 4 policemen among accused

As per preliminary investigation, the cops are not from Commissionerate Police and had come from other district on COVID-19 lockdown duty 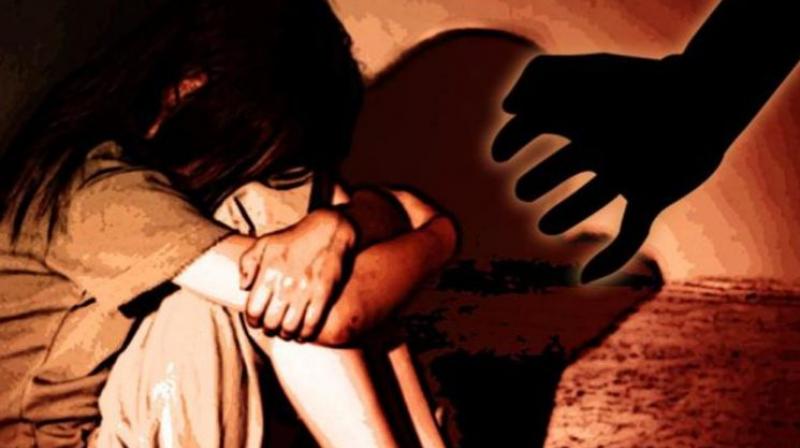 She was raped by eight persons, including police personnel deployed on Covid-19 lockdown duty in Bhubaneswar around two months ago, the complaint said. (Representative Image)

BHUBANESWAR: A minor girl was allegedly gang raped by police personnel at gunpoint in the state capital during lockdown around two months ago. The matter came to light on Saturday after the girl’s mother lodged a complaint with the Mahila Police Station here.

As per the complaint, the minor girl, a resident of Infocity police station area here, was raped by eight persons, including police personnel deployed on Covid-19 lockdown duty here around two months ago.  Finding the girl alone, they took turns to rape her at gunpoint in an isolated area here.  They had also threatened her to kill her if she discloses the matter to anyone.

As per the victim’s family, the girl was under depression after the incident and did not share her plight before due to fear. After she disclosed it recently, her father went to Infocity police station to lodge a complaint five days ago. However, cops there referred him to Mahila Police Station.

As per preliminary investigation, the cops are not from the Commissionerate Police and had come from other district on Covid-19 lockdown duty.

“On August 30, a woman lodged a complaint with Mahila police alleging that her daughter was gang raped between March and April. A case has been registered under various Sections of IPC and POCSO Act. The woman has mentioned involvement of two personnel of an electronic media house and two security personnel.” said DCP Umasankar Dash.

He further added, “During investigation, the statement of the victim was recorded under Sections 161 and 164 of Criminal Code of Procedure (CrPC). She alleged involvement of two police personnel and their two colleagues. Taking cognizance of the seriousness of the complaint, we have formed a special team for investigation and handed it over to Investigating Integrative Units for Crime Against Women (IUCAW). We will investigate it from various angles.”