Levelling another serious allegation, she said Anubhav has extramarital affairs with multiple women from the Ollywood 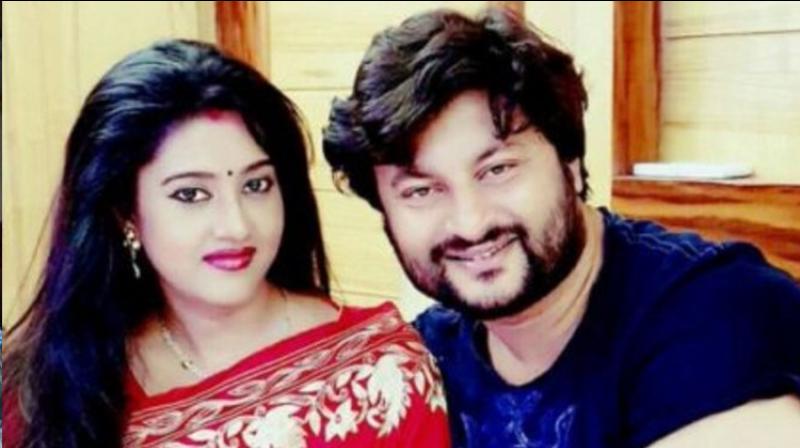 The case was filed under Section 12 of the Protection of Women from Domestic Violence Act against the lawmaker for allegedly assaulting and harassing Barsha.

In her petition filed before the Sub-Divisional Judicial Magistrate Court, Cuttack, Barsha appealed to the court seeking monthly maintenance from Anubhav, besides an indemnity of Rs 15 crore.

Barsha in her petition said that Anubhav is a habitual drunkard and he often drinks with his friends at home. The MP also assaulted and harassed her mentally, she alleged.

“He invites his friends to our bedroom and drinks with them. If I resisted, he would beat me up severely. He often asked me to leave his home,” the actress said.

The actress further alleged that whenever she tried to prevent Anubhav from drinking, he would get violent and physically assault her and tried to throw her out of the house.

Levelling another serious allegation, she said Anubhav has extramarital affairs with multiple women from the Ollywood or Odia film industry.

This apart, the actress stated that although both of them had acted together in several films post their marriage, Anubhav did not share a single penny with him.

Anubhav and Barsha had entered into the wedlock in 2014. The actress said despite her wishes, she was forced to marry Anubhav as that latter always threatened to commit suicide if she did not marry him.

Anubhav, meanwhile, claimed that he had not received any legal notice from the court as yet.

“I have so far not received any legal notice regarding the case. I will let everyone know about it as and when I receive the notice. Let’s wait till then,” the actor- -turned politician said.

As per the official website of the SDJM Court, the first hearing of the case is scheduled to be held on September 7.

Previously, Anubhav was in the news for assaulting a neighbour in Cuttack city. During the 2029 Patkura assembly by-polls, he had embarrassed his party leaders by assaulting a journalist in Kendrapara. Later, he had apologized for his misbehavior with the journalist.