Carcass of elephant with tusks missing found in Odisha

Decomposed body of the elephant was lying in Sajnagad under Nilagiri forest division and is suspected to have been killed by poachers. 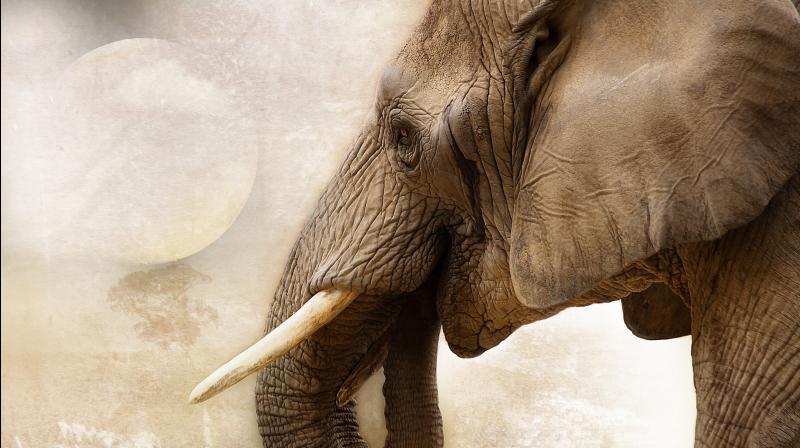 The carcass of the tusker, aged around 40 years, was spotted on Wednesday inside the prohibited area of the reserve forest during patrolling by forest guards, officials said. (Photo: Pixabay | Representational)

Balasore: Carcass of an elephant with its tusks missing was found inside Kuldiha reserve forest in Odisha's Balasore district, a forest official said on Thursday.

The carcass of the tusker, aged around 40 years, was spotted on Wednesday inside the prohibited area of the reserve forest during patrolling by forest guards, the official said.

The decomposed body was lying close to the Tenda beat house near Sajnagad under Nilagiri forest division and the elephant was suspected to have been killed by poachers.

After getting information a team of forest officials along with a veterinary doctor reached the spot and found that the tusks of the elephant had been extracted by poachers, he said, adding that the animal was believed to have been killed around 10-days ago.

A post-mortem was conducted and an investigation is on to nab the poachers, the official added.