India   Crime  06 May 2017  UP: 4 held for selling chips to petrol pumps in Muzaffarnagar
India, Crime

UP: 4 held for selling chips to petrol pumps in Muzaffarnagar

The gang was involved in selling remote controlled electronic chips for dispensing lesser quantity of petrol and diesel, Kumar said. 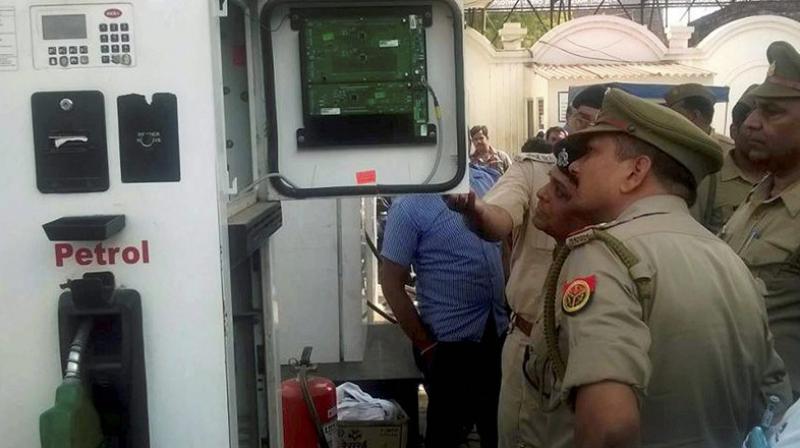 Uttar Pradesh Special Task Force (STF) conducted raids on 11 petrol pumps in the state and discovered the alleged stealing of 50ml of fuel in every litre dispensed to customers. (Photo: PTI)

Muzaffarnagar :  Police claimed to have busted a gang allegedly selling electronic chips for dispensing lesser quantity of petrol with the arrest of its four members.

On the basis of inputs provided by Police headquarters in Lucknow, a search was launched and the four gang members were arrested, SSP Bablu Kumar said.

The four accused were identified as Abbas, Arun Kumar, Ajay and Gajendra, he said, one chip, eight remote controls and Rs 1,83,500 cash was also recovered from their possession.

The gang was involved in manufacturing and selling remote controlled electronic chips for dispensing lesser quantity of petrol and diesel to petrol pumps, Kumar said.

Police registered a case against on the charges of cheating and forgery of valuable security, will, etc in this connection.

The state STF had initiated the crackdown on April 27 night when it raided seven petrol pumps using electronic chips operating through remote control. The device, according to task force officials, helped them get profits worth around Rs 14 lakhs on an average per month.

The chip, costing around Rs 3,000, reduced the output by nearly five to ten per cent. It is attached with a wire linked to a remote control.

The remote control sets the limit and if a customer takes 1 litre petrol from any station, he would end up getting 940 ml or less.