Cops blow the lid off honeytrap racket in Rajasthan

A gang in Rajasthan honeytrapped wealthy and prominent people and extorted Rs 15-Rs 20 cr from at least 25 people in the last four years. 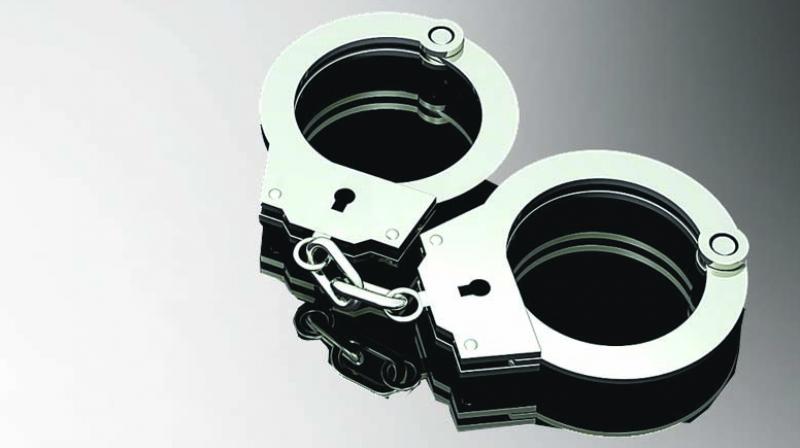 The police said the gang told the girls to win the confidence of rich and influential people who were willing to pay money for establishing a physical relationship.

Jaipur: On Christmas Eve last year, a hair transplant surgeon walked into the office of the special operation group of Rajasthan police to file a complaint of blackmailing.

The surgeon, who had already spent three months in jail, told inspector general of police (SOG) M.N. Dinesh that a gang had implicated him in a rape case for refusing to pay money. He told the police that the gang used a woman who pretended to be a patient in order to ‘trap’ him.

The surgeon’s family eventually paid the money, following which the woman turned hostile in court, paving the way for his release from jail.

One of the accused named in the doctor’s complaint was Anand Shandilya, an associate of Rajasthan’s most-wanted criminal, Anandpal Singh, who is on the run.

Mr Shandilya was already in the SOG’s custody over the murder of a history-sheeter. His confession opened a can of worms — for the last four years, he has been running a blackmailing racket with Mr Singh’s lawyer, Navin Devani.

It was a safe and lucrative “business” because the victims were usually reluctant to approach the police.

The gang members extorted `15-`20 crore from at least 25 people in the last four years. They blew the money on their lavish lifestyle and investments.

“The gang honeytrapped wealthy and prominent people. They were then shown video clips of their acts and threatened with a rape case if they didn’t pay up,” Mr Dinesh said.

The gang “hired” women from Rajasthan, Himachal Pradesh and Uttarakhand for a pittance. A Hong Kong-based non-resident Indian girl, Ravneet Kaur, was also part of the gang.

The police said the gang told the girls to win the confidence of rich and influential people who were willing to pay money for establishing a physical relationship.

The gang sometimes filed rape cases even when the targets had not taken any ‘service’, as happened with the surgeon.

While the victims included doctors, engineers, builders, businessmen and even a Bollywood director, the gang comprised criminals, lawyers and policemen.

Mr Shandilya identified the targets while Ms Devani looked after legal matters. Another gang member, Akshat Sharma, posed as a journalist, threatening to run stories while the policemen exerted pressure on the victims for a compromise.

“A large number of rape cases were either closed because of a compromise or allegations were not proved. Range IG and SP would be asked to investigate such cases,” DGP Manoj Bhatt said.

The beginning
1. Four years ago a girl filed a rape case. Her lawyers, Nitesh Bandhu Sharma and Navin Devani, met at police station.
2. Fake TV journalist Akshat Sharma reached along with a ‘cameraman’ and threatened to run a story against the ‘accused’.
3. Finally, family of the accused paid `14 lakh to free the accused
4. Ms Devani also recruited Rajasthan’s most-wanted criminal, Anandpal Singh, in the gang

The kingpins
1. Navin Devani: Lawyer and mastermind who formed the gang
2. Anand Shandilya: Former cricketer-turned-criminal
3. Nitesh Bandhu Sharma: Lawyer with many cases against him
4. Akshat Sharma: Property dealer who took franchise of a cable news channel and posed as journalist
5. Ravneet Kaur: NRI girl who filed seven fake rape cases, including one against a Bollywood director
6. Harikishan: Police constable who arranged girls from Uttarakhand

The victims
1. Ravneet Kaur trapped a builder and sought `1 crore; settled for `35 lakh
2. A doctor was contacted with an ear problem. Frequent calls and WhatsApp chat cost him `1.4 crore
3. A Bollywood director shooting in Bikaner was contacted for assignment; went home poorer by `30 lakh

Another builder went to a discotheque woke up in bed next day only to pay Rs 50 lakh. Property dealer met for a business deal that cost him Rs 80 lakh. The hair transplant surgeon paid Rs 1.05 crore despite no copulation.

Bollywood director shooting in Bikaner contacted for modeling and acting rather went poorer by Rs 30 lakh.

The bounty: Around Rs 15 crore. Shandilya, Devani and Nitesh Bandhu invested in a 9-story residential complex in partnership with a builder. Each of 27 flat cost around Rs 1.75 crore.
Police Connection: Most cases were filed in particular police stations. The police instead of investigation pressurized “victim” for compromise. The local police didn’t act on surgeon’s complaint against blackmailing. A constable arrested for sourcing call girls for the gang from Uttarakhand.
Other High Profile Cases:
Bhanwari Devi: A nurse whose murder rocked the state politics and made national headlines five years ago. The nurse with political ambitions allegedly top congress leaders after getting into sexual relations. Mahipal Maderna cabinet minister in Ashok Gehlot government and MLA Malkhan Singh are currently in jail facing trial for her kidnapping and murder.
Babulal Nagar:  The former minister just got acquitted in rape case. Two years after Bhanwari Devi case and eve of assembly elections in 2013, a woman accused Nagar who was minister in Gehlot government of rape at his official residence.
ASP Prabhakar: Additonal SP Prabhakar met a girl in connection with a case of harassment by her husband. They became intimate. On the same day police cracked the high profile blackmailing case, Prabhakar first shot the girl and then himself leaving behind a note accusing the girl of blackmailing him.
Rising trend: The trend is on rise. Not just organised gangs but several individuals involved in making a quick buck. Most recently a girl faked story of a gang rape which turned out that she planned it with her boyfriend to blackmail a rich friend. The police have also busted three gangs in last two months.