Security forces launched an operation on Thursday night following information about presence of a top militant in the area. 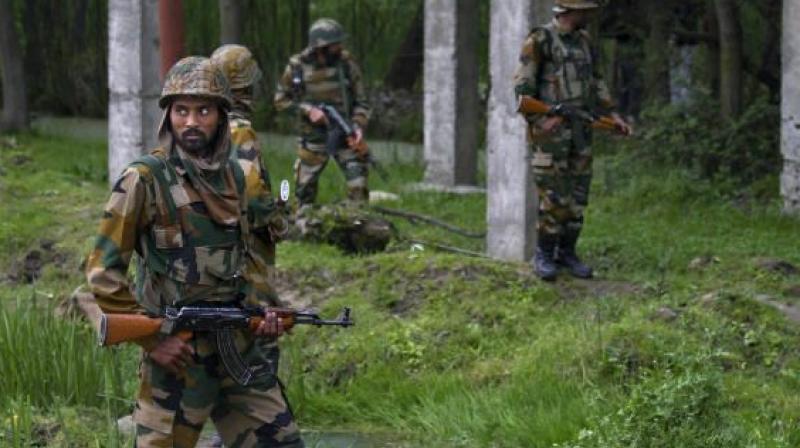 There was exchange of fire for some time and the encounter ended with the killing of the lone militant, Army said. (Photo: Representational Image)

Srinagar: In a major success, security forces on Friday killed a top Lashkar-e-Taiba militant Muzaffar Naikoo alias Muzz Moulvi in an encounter on the outskirts of Srinagar.

Security forces launched an operation in Gulzarpora locality of Mochuwa late last night following information about presence of a top militant in the area, a police official said.

As the security forces were laying cordon around the locality, the militant hurled a grenade in a bid to escape but his attempt was thwarted. Constable Hoshiyar Singh was injured in the grenade blast, the official said.

There was exchange of fire for some time and the encounter ended with the killing of the lone militant, he said.

The slain militant was identified as Muzaffar Naikoo alias Muzz Moulv of Lashkar, he said, adding the body has been sent to his native village in Sopore area of north Kashmir.

The Lashkar militant was active for past many years in north Kashmir and had recently shifted to Srinagar, the official said, adding security agencies are investigating the motive behind Naikoo moving to the city.