Was unaware of benefits of turning approver, says Indrani's driver

While deposing in the murder case, Shyamvar Rai also told the CBI that he feared for his life and was thus granted extra security. 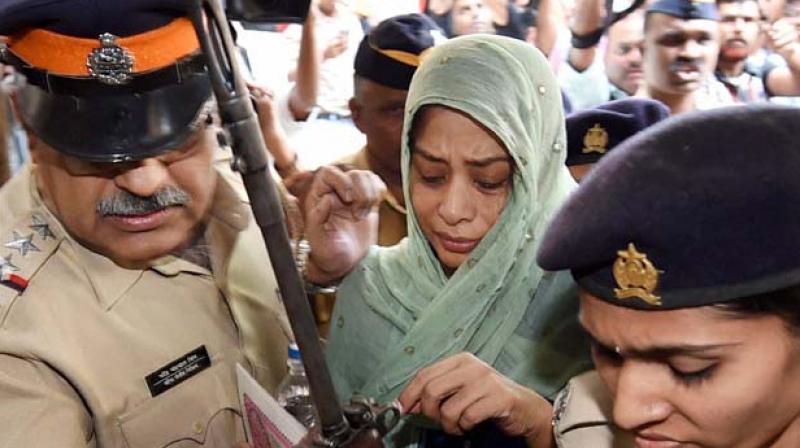 Taking note of Rai’s statement, police had arrested him along with Indrani Mukerjea, Sanjeev Khanna and had also retrieved remains of Sheena Bora's body from a jungle in Raigad district. (Photo: PTI)

Mumbai: In a rare turn of events, one of the accused in the Sheena Bora murder case, Shyamvar Rai, told the Central Bureau of Investigation (CBI) that he was unaware of how on becoming a key witness he would be entitled to the provision of an acquittal.

According to a report in the NDTV, in September 2015, Shyamvar, Indrani Mukerjea’s former driver and a major aide in her daughter’s murder case, turned approver after moving an application before the city magistrate and claiming that he wanted to ‘admit the truth’.

However, while being interrogated by defence lawyers on his moved application, Shyamvar could only vouch for his signature in Hindi as the contents of the application were in English, a language he has no knowledge of.

While deposing in the murder case, Shyamvar also told the CBI that he feared for his life. The approver was then granted additional security inside the jail and also on his visits to the court.

The report quotes Rai saying, "The police caught me and found the weapon."

He further added that during his interrogation he told them about Sheena's killing.

Read: Indrani sat on Sheena’s face after killing her: Driver

Sheena Bora’s murder came to light in 2015 when Rai was caught by police. Rai was making an attempt to dispose of bullets and a country-made pistol when the police arrested him. Three year’s from the murder of Sheena, this was the driver’s third shot at getting rid of the ‘parcel’ Indrani had allegedly given to him.

Taking note of Rai’s statement, police arrested him along with Indrani Mukerjea and Sanjeev Khanna and also retrieved remains of Sheena Bora’s body from a jungle in Raigad district. However, Peter Mukerjea was arrested much later.

Financial dispute was the motive behind the conspiracy Indrani hatched against Sheena Bora. Indrani also disapproved of Sheena’s relationship with Rahul, Peter Mukerjea’s son from earlier marriage, as reported by the NDTV based on the findings of the CBI.