Though no one was injured, a shop on the ground floor was completely damaged, police said. 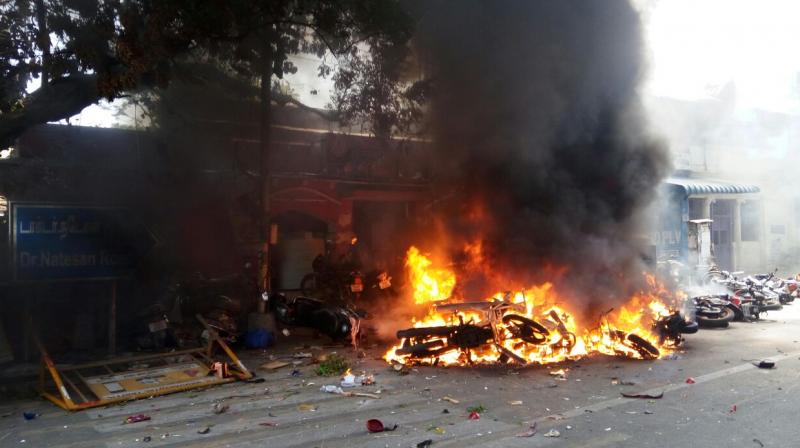 Darjeeling: GJM supporters hurled petrol bombs at a Trinamool Congress party office in Kalimpong as the indefinite shutdown sponsored by the outfit continued on Wednesday.

Though no one was injured, a shop on the ground floor was completely damaged, police said.

Kalimpong is about 55 km from Darjeeling.

In Darjeeling, Gorkha Janmukti Yuva Morcha supporters took out a rally in Chowkbazar area with traditional 'khukri' shouting slogans in support of a separate state of Gorkhaland.

While Internet service remained suspended for the 18th consecutive day, police and security forces patrolled the streets of the hills and kept a tight vigil at the entry and exit routes.

Except pharmacy, all the other shops, restaurants, hotels, schools and colleges remained closed.

Boarding schools had extended their vacation due to the ongoing unrest in the hills.

The GJM has plans to take out rallies in various parts of the hills today.

GJM supremo Bimal Gurung had on Thursday said the indefinite shutdown in the hills will continue as the final battle for Gorkhaland has begun.

Ruling out any compromise formula, Gurung had said, talks can only be held if the agenda is Gorkhaland.