Nirbhaya verdict a 'tight slap' to rapists on the prowl: DCW Chief

The SC by giving death sentence to all the rapists of Nirbhaya has in a way emboldened all the women in the country, said Swati Maliwal. 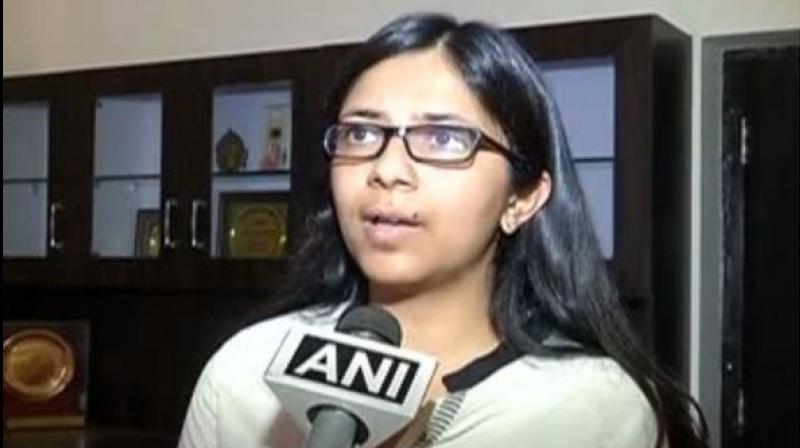 New Delhi/ Mumbai: Moments after the Supreme Court upheld the earlier death sentence order to four convicts in the Nirbhaya gang rape case, Delhi Commission for Women (DCW) chairperson Swati Maliwal has asserted that the verdict has emboldened all the women in the country.

"This is not just the fight of one 'Nirbhaya' but many others in the country. The Delhi Commission for Women (DCW) welcomes this particular verdict which was very important.

The Supreme Court, by giving death sentence to all the rapists of Nirbhaya, has in a way emboldened all the women in the country. This verdict is a tight slap to the rapists who think that they can escape after a heinous crime," Maliwal said.

Maliwal further stated that the apex court should fast track all such rape cases in the country.

"This verdict was something which was needed, not just for her family and relatives, but us all. Though I think that the five years time which was taken by the Court on this decision was delayed, but today it has made all women proud. After this the Supreme Court should fast track all such rape cases and provide justice to other Nirbhayas in the country who still await justice," said Maliwal.

Resonating similar views, lawyers and Social activist Abha Singh stated that Justice Dipak Misra has brought justice to the country and a smile on every woman's face.

"Nirbhaya's gangrape and murder is the most heinous offence which has happened in the history of India. Today, the way Supreme Court has upheld death penalty meted out to the rapist clearly shows that the judiciary is with the women of this country and the government is sending a strong message, that criminal law is for deterrence," Singh said.

Earlier today, the Apex Court upheld the earlier order of death sentence to four convicts in the December 16, 2012 Nirbhaya gang rape case.  Justice Dipak Misra observed in its order that it's a story of 'some different world'.

"Taking the serious injuries, severe nature of offence committed by the convicts, we are upholding the sentence," the order said.

The next option for the convicts is to appeal against their death sentence to President Pranab Mukherjee.

On December 16, 2012, six men, including the 17-year-old juvenile, gangraped a 23-year-old physiotherapy intern in a moving bus on December 16, 2012. The girl and her friend were returning home after watching a movie when they were coaxed into the bus by the accused, who then beat up her friend before taking turns in raping her.

The girl succumbed to her injuries in a Singapore hospital on December 29, 2012.