'We are satisfied that the court has awarded death sentence to her perpetrators', Nirbhaya's mother Asha Devi said. 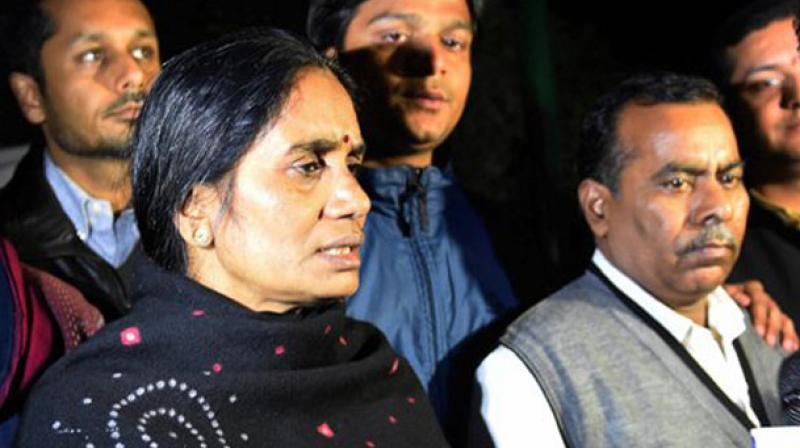 New Delhi: The December 16, 2012 gangrape victim's mother said she was satisfied that the perpetrators have been awarded the death penalty by the Supreme Court.

The victim's mother, Asha Devi, who was present in the jam-packed court room when the verdict was pronounced, said justice has finally been done, despite the delay due to the lengthy legal procedure.

"We thank all who supported us in the difficult times. Though we have lost our daughter, we are satisfied that the court has awarded death sentence to her perpetrators," she said.

From now on, she and her husband will fight for justice for other girls against whom criminal acts are committed, Asha Devi said while coming out of the court room.

Asha Devi was present along with her husband Badri Singh when Justice Dipak Misra, who headed the bench pronounced the verdict in English.

Some lawyers were seen translating the verdict in Hindi to them. As soon as the verdict was pronounced, the victim's parents, lawyers and some other litigants present in the court room, stood up and clapped.