This decision will prohibit people from committing such heinous crimes, Pandey said. 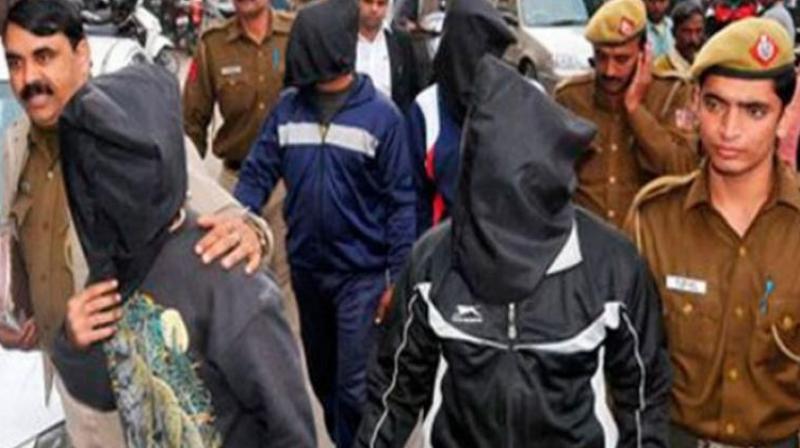 The convicts Akshay, Pawan, Vinay Sharma and Mukesh challenged the Delhi High Court order which had sentenced them to the gallows. (Photo: PTI)

Gorakhpur: With the Supreme Court upholding its earlier order of death sentence to four convicts in the December 16, 2012 Nirbhaya gangrape case today, father of Nirbhaya's friend (who was also present in the bus) Bhanu Pandey gave a sigh of relief saying his son, Abhishek, seems content with the decision as it will warn others before committing such crimes.

"We all are very satisfied with the verdict. My son seems content now. This decision will prohibit people from committing such heinous crimes," Pandey told ANI.

He further said the apex court has given justice and he appreciates it. The matter was heard by the apex court bench headed by Justice Dipak Misra and consisting of Justices R. Banumathi and Ashok Bhushan.

Earlier, the trial court had also sentenced all the four convicts to death penalty.
Justice Misra upheld rape as depravity and not curable and recently passed a woman friendly judgment saying that 'no woman can be compelled to love; she always has a right to say no'.

In December, 2012, six people gang raped a 23-year-old physiotherapy intern in a moving bus. The woman succumbed to her injuries in a Singapore hospital on December 29, 2012.