He further said that not only Nirbhaya's family but the entire nation was waiting for this verdict. 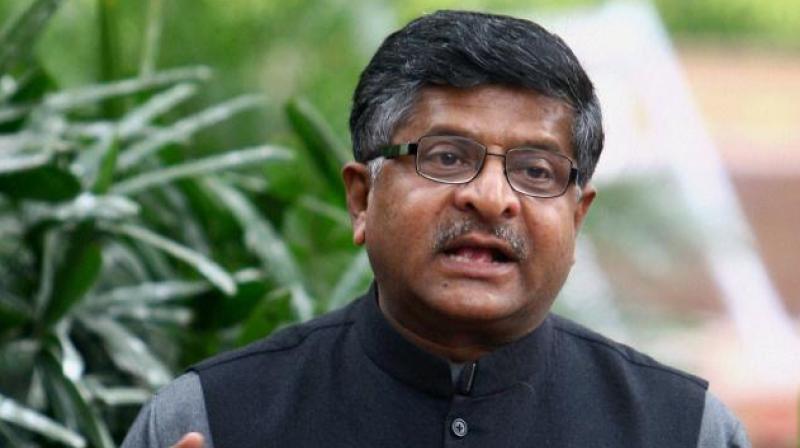 I am very happy and satisfied with the court's verdict. I wish her soul will rest in peace, Prasad said. (Photo: PTI)

New Delhi: As the Supreme Court upheld the earlier order of the death sentence to the four convicts in the brutal Nirbhaya gangrape case, Union Minister Ravishankar Prasad on Friday hailed the verdict, while saying that it was a big day for the Indian judiciary system.

"This is a big day for the Indian judiciary system. I know this was a serious and sensitive issue for the entire nation. I am very happy and satisfied with the court's verdict. I wish her soul will rest in peace," Prasad told ANI.

He further said that not only Nirbhaya's family but the entire nation was waiting for this verdict. Earlier in the day, the apex court upheld the earlier order of death sentence to four convicts in the December 16, 2012 gang rape case.

The matter was heard by the apex court bench headed by Justice Dipak Misra and consisting of Justices R. Banumathi and Ashok Bhushan.

Justice Dipak Misra observed in its order that 'it's a story of some different world'.
"Taking the serious injuries, the severe nature of offence committed by the convicts, we are upholding the sentence," the order said.

The next option for the convicts is to appeal against their death sentence to President Pranab Mukherjee. The convicts Akshay, Pawan, Vinay Sharma and Mukesh had challenged the Delhi High Court order which had sentenced them to the gallows.
Earlier, the trial court had also sentenced all the four convicts to death penalty.

In December 16, 2012, six people gang raped a 23-year-old physiotherapy intern in a moving bus. The woman succumbed to her injuries in a Singapore hospital on December 29, 2012.