The other slain militant has been identified as Nayeem Ahmed Najar, Parvez Ahmed Wani’s accomplice. 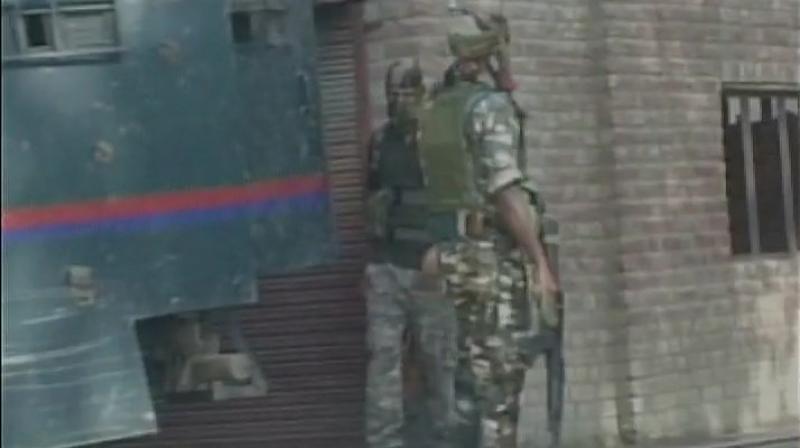 Srinagar: Two militants, including the Hizbul Mujahideen’s chief for north Kashmir Parvez Ahmed Wani was killed in an encounter with security forces in Sopore area of Baramulla district on Monday, the police said.

The other slain militant has been identified as Nayeem Ahmed Najar, Wani’s accomplice.

The police said that Wani alias Ashfaq was A++ category militant, who figured in the list of “most wanted terrorists” by the security forces.

The security forces, including troops from the Army’s 22 Rashtriya Rifles, and the members of J&K police’s counterinsurgency Special Operations Group (SOG) and the CRPF’s 92, 177 and 179 battalions, laid siege to Chak-e-Brat village of Shankar Gund Brat belt, just outside Sopore town and about 52-km from summer capital Srinagar, overnight after receiving information about the presence of militants there.

“The operation to flush out terrorists was started following specific information about their presence in a private house owned by one Peerzada Bashir Ahmed. The terrorists opened fire on seeing the security forces approaching their hideout, triggering the encounter,” said a senior police officer.

Reports quoting locals said that after the exchange of fire amid occasional grenade explosions, which continued for a couple of hours from dawn on Monday, the house was in flames.

Superintendent of Police (Sopore) Harmeet Singh told reporters that Wani was handling the Hizb’s operations in north and north-western parts of Kashmir comprising Baramulla, Kupwara and Bandipore districts after his senior Abdul Qayoom Najar fell apart with its leadership one and a half years ago.

A statement issued by the police here in the evening said that Wani was the ‘divisional commander’ of the Hizb. The duo, it said, was involved in many anti-national and anti-social activities. Wani was involved also in series of blasts at mobile towers in 2015 and in the killing of civilians and the policemen including two cops in a marketplace in Handwara in Kupwara district in 2013, in the terror attacks on a police post in Langaet (Kupwara) in 2016 and on an Army convoy also in Handwara, the police said.

“Besides he was instrumental in recruiting and indoctrinating many youths into the Hizbul Mujahedin in north Kashmir,” the statement added.

The mobile internet services in the area were earlier suspended whereas the authorities have also ordered closure of or suspension of class work in educational institutions in Baramulla and Bandipore districts “as a precautionary measure.”