The police had to save the accused from being lynched by the locals, and in the process, four policemen were injured. 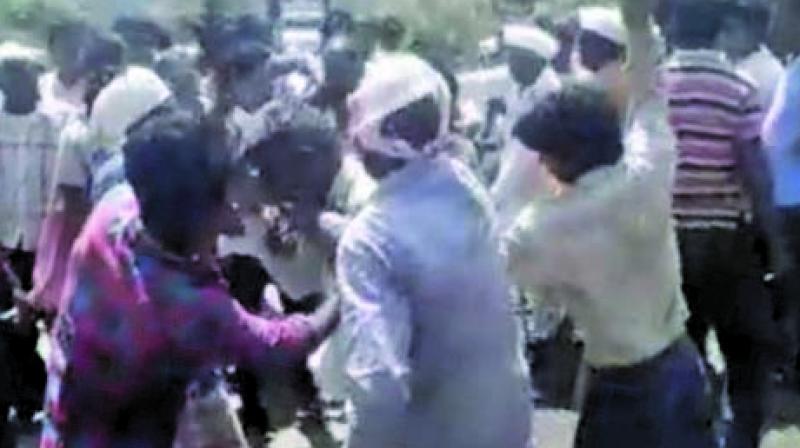 After the accused was arrested, the mob started beating him up and the police found it difficult to save him. (Representational Image/File)

Jamshedpur: A mentally challenged man was arrested after he beheaded a woman teacher near her school in Seraikela-Kharswan district on Tuesday and ran into a jungle 5 km away carrying the severed head to flee from the chasing policemen and a mob.

The incident occurred when the mid-day meal was being served to the students of Khaprasai Primary School, Sub-Divisional Police Officer (SDPO) of Seraikela, Avinash Kumar said.

The accused, identified as Hari Hembram (26), was arrested after two hours.

The police had to save him from being lynched by the locals, and in the process, four policemen, including officer-in-charge of Seraikela police station Ranvijay Singh, were injured, he said.

Hembram, who is stated to be mentally challenged and lived alone nearby, entered the school premises, dragged the teacher, Sukra Hesa (30), towards his house and beheaded her with a sword, the SDPO said.

On being informed about the incident, a police team reached the spot and found him carrying the severed head.

A large number of people had gathered at the spot but they did not dare to go near him as he was also carrying two swords, Singh said.

The officer-in-charge of Seraikela police station said they even thought of gunning down the accused but could not do so due to the presence of so many people at the spot. Hembram ran into a jungle near Hesel village, around 5 km from the school, chased by local people who pelted stones to the accused. He was found hiding in a bush, Singh said.

After the accused was arrested, the mob started beating him up and the police found it difficult to save him.

The accused was initially taken to Sadar Hospital and later shifted to MGM Hospital in Jamshedpur, the police officer said.

The local residents, as well as school authorities, demanded stringent action against the accused.