The key suspect in the sensational murder case was evading arrest for the last six years. 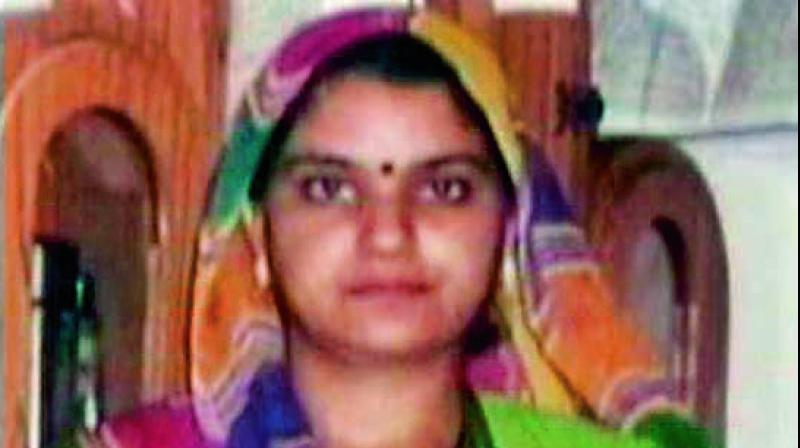 A team of Rajasthan anti-terrorist squad (ATS) that had been keeping a vigil on her “hideout” in district headquarters town of Harda in MP guised as handicraft hawkers for the past four days arrested her when she was visiting an ashram in Nemawar, located on the bank of river Narmada, in Dewas district to attend a “satsang” on Friday night, Dewas district additional superintendent of police (ASP) Anil Patidar said.

The key suspect in the sensational murder case was evading arrest for the last six years and living among the Bishnoi community members in Harda as a destitute to conceal her identity, the police said.

The case had grabbed headlines in 2011 after the name of the then Rajasthan minister Mahipal Maderna cropped up in connection with the murder of Bhanwari.

Bhanwari, posted as an ANM at a sub-centre in Jaliwada village, around 120 km from Jodhpur in Rajasthan, had gone missing on September 1, 2011. She disappeared after a CD allegedly showing Maderna in compromising position with the 36-year-old nurse was aired by some news channels. Her disappearance had sparked a furore in Rajasthan.