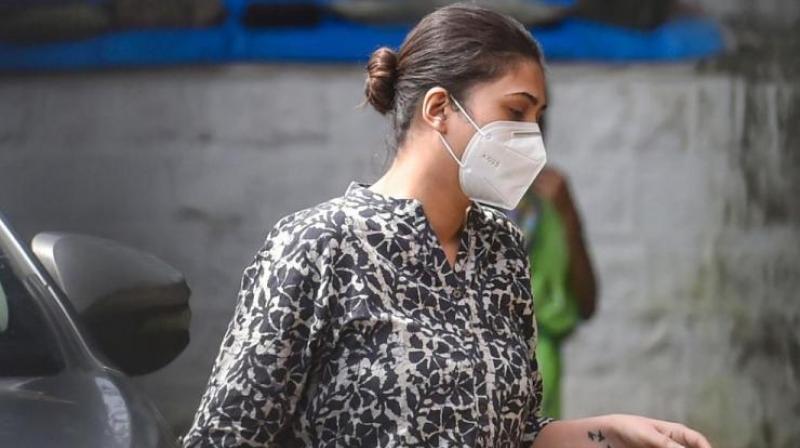 Mumbai: The Narcotics Control Bureau (NCB) officials said that Karishma Prakash, manager of actor Deepika Padukone, is is untraceable and has not appeared for questioning in the drugs probe pertaining to the Sushant Singh Rajput suicide.

The officials had summoned her after the NCB officials seized drugs from her residence a couple of weeks ago. The officials said that despite asking her to appear for probe several times, she has not responded to the summons.

The NCB had seized 1.7 gram of cannabis and CBD oil bottles from the residence of Karishma days after she was questioned over her chats with Deepika where the latter was asking for drugs from Karishma. The probe revealed that she had been the point person to supply narcotic substances to Deepika. Investigation is still being conducted on who all in Bollywood got narcotics from her.

“She needs to be questioned in connection with the fresh seizure and hence she was summoned more than once. She is however yet to appear and we are trying to trace her,” said investigators.

While 23 persons, including actor Rhea Chakraborty, were arrested in the case as part of the drugs probe, the NCB has recorded statements of Deepika, Shraddha Kapoor, Sara Ali Khan and Rakul Preet Singh.

The officials said that further arrests are likely in the case as the probe progresses. Apart from NCB, the Enforcement Directorate and the Central Bureau of Investigation (CBI) are conducting parallel probe in the suicide case from various angles.