Bihar police arrested one person in connection with the case while search is on for others. 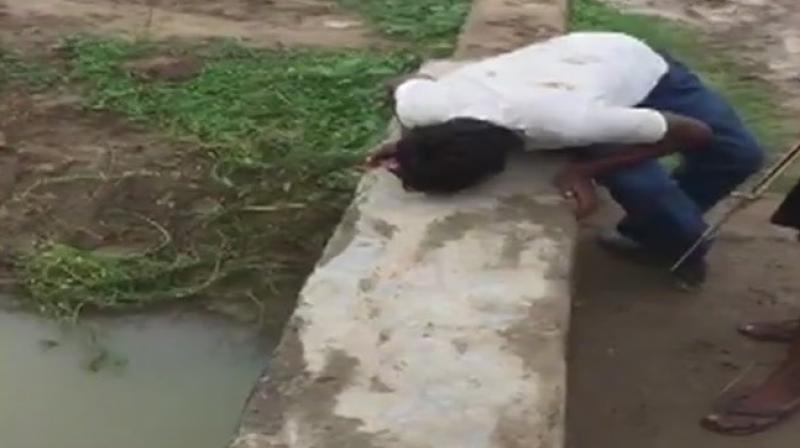 The men made the victim touch their feet and lick his own spit. (Photo: Twitter | ANI)

Nalanda (Bihar): The Bihar police have arrested one person in connection with a case in which a man was thrashed and made to lick his own spit following a dispute.

The case came into light on Saturday after a video went viral showing a man being thrashed by a group of men with wooden sticks. The men then made the victim touch their feet and lick his own spit.

Speaking to news agency ANI, Nalanda Superintendent of Police, Sudhir Kumar Porika, said that an issue of caste and love affair could be the reason behind the incident, adding that further investigation into the matter is currently underway.

"We have arrested one person in the case. The search for others is on. Even, we got the forwarded video and on the basis of that, we tracked the location. An issue of caste and love affair is probably the reason. We are investigating into the matter further," he said.

Almost a year ago, a similar incident was reported from the same district when an elderly looking man was allegedly made to spit and lick his own saliva as a punishment for entering the Sarpanch's house without knocking.