Earlier on Friday, a BSF jawan was killed in sniper firing by Pakistani troops from across the Line of Control in Poonch. 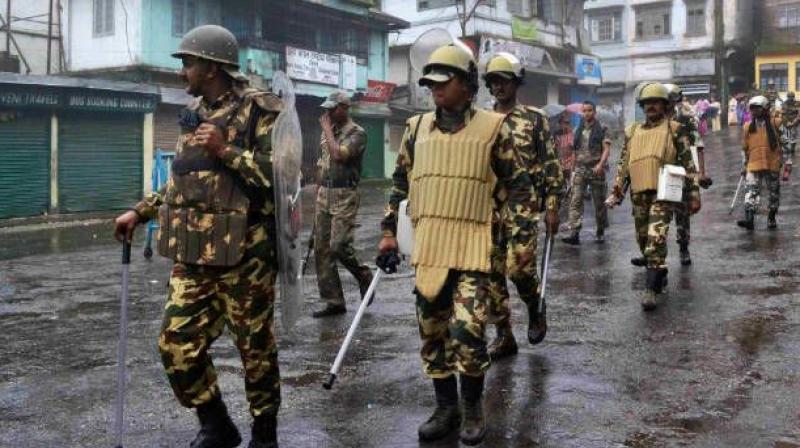 Srinagar: Terrorists, on Friday, opened fire on a police bus on the Srinagar-Jammu national highway in the Pantha Chowk area in Srinagar, killing a policeman and injuring three others.

The bus carrying personnel of the Jammu and Kashmir Armed Police came under fire from the militants in the evening. The vehicle was going from Bemina to Zewan, a police official said.

Four policemen were injured in the attack. They were rushed to the Army's 92 Base Hospital at Badami Bagh cantonment in Srinagar, where Head Constable Kishan Lal succumbed to his injuries, he said.

The condition of the three others is stable, he said.

Earlier, a Border Security Force jawan was on Friday killed in sniper firing by Pakistani troops from across the Line of Control in Jammu and Kashmir's Poonch district, an official of the force said.

Assistant Sub-Inspector (ASI) Kamaljit Singh (50) suffered bullet injuries in "enemy fire" from across the LoC around 5:45 pm on Friday, the BSF official said.

Singh, who was deployed at a forward post in the Krishna Ghati sector in Poonch, was given first aid. He died while being taken to a military hospital, he said.

The ASI hailed from Malkana village in Punjab's Bathinda district. He had joined the force in 1988, the official said.

"The BSF stands in solidarity with the bereaved family of the martyr and remains committed to their well being," he said.