The court has ordered non-bailable warrants against seven accused including Dr Kafeel Khan and Dr Satish. 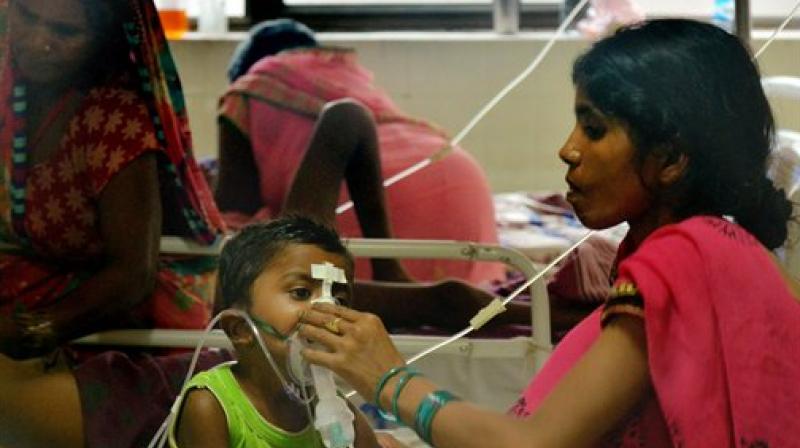 Dr Kafeel Khan was the nodal officer at the paediatric department of Gorakhpur's BRD Medical College Hospital, where 72 children have died since August 7. (Photo: PTI/File)

After Dr Kafeel Khan made the headlines, he was removed from the post of the Nodal Officer for the Department of Pediatrics of the hospital.

Khan is the third accused so far in the case.

The court has ordered non-bailable warrants against seven accused including Dr Kafeel Khan and Dr Satish.

The report of the Chief Secretary's Committee, was presented to state Chief Minister Yogi Adityanath and catered towards suggestions and improvements for the better working conditions in hospitals in Gorakhpur and other districts.

In a press release issued earlier, the government stated that all recommendations of the probe committee have been accepted.

Reportedly, Khan was involved in stealing of oxygen cylinders for his private clinic from the BRD hospital.

On August 13, state Chief Minister Yogi Adityanath said that he is tremendously affected by the death of over 70 children, while reiterating that a probe will be instigated and the guilty will be severely punished.

According to data procured from the BRD hospital, in five days - from August 7 to August 11, a total of 60 deaths occurred in the hospital.