The incident occurred when the girls, both college students, were on their way to shopping in an auto-rickshaw. 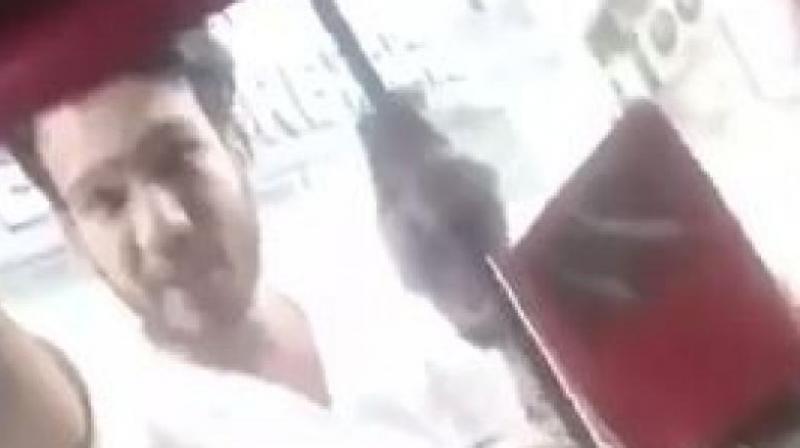 The young men forced the driver out and abused the girls, police said. (Photo: Screengrab)

Hyderabad: The Cyberabad Police has registered a case against six youth for allegedly stalking two teenage girls travelling in an auto-rickshaw in Hyderabad on Tuesday evening.

The incident occurred when the girls, both college students, were on their way to shopping in an auto-rickshaw, when at least six youth followed them on their motorcycles for several kms and stopped the three-wheeler, the police said.

According to police, the young men forced the driver out and abused the girls.

One of the girls recorded the incident on her mobile phone, footage of which was aired by some local TV channels.

It shows two youth riding a motorcycle hurling abuses at the girls.

Following the complaint, a case was registered on charge of stalking, wrongful restraint and criminal intimidation under relevant sections of the IPC, Mailardevapally Police Station Inspector P Jagadeeshwar said.

Further probe is on.