Using the Make in India logo and the picture of PM Modi, he created a website offering free laptops to 20 million users. 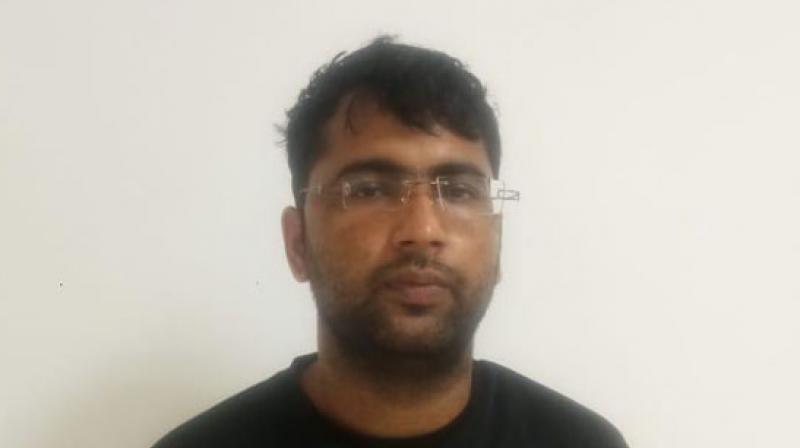 . He was aiming to capture personal data of millions of gullible citizens which could be later traded to various cyber criminals. (Photo: ANI)

New Delhi: Delhi Police Cyber Cell has arrested one man, named Rakesh, who is an IIT postgraduate, for making a fake website which claimed that two crore laptops will be distributed by the central government after the formation of the new government.

CyPAD, the high-tech facility of the Special Cell of Delhi Police, received information that someone had created and hosted a website by the domain name "www.modi-laptop.wishguruji.com" which was promising distribution of millions of free laptops on the occasion of the formation of Prime Minister Narendra Modi's new government.

A fake, promotional multimedia message using 'Make in India' logo was posted on the website to lure the website visitors to register themselves for getting the free laptop, the police said.

CyPAD registered a criminal case under applicable sections of the IT Act and an investigation was taken up using technical assistance from labs of CyPAD. Later, the accused, who created the website was identified and his location was zeroed down to VPO Pundlota, Degana in Rajasthan's Nagaur district.

A team of CyPAD reached Pundlota, Nagaur, and apprehended the accused.

Rakesh, 23, is an IIT postgraduate of 2019 batch. During initial interrogation, he disclosed that he created the website to earn web advertising revenue from increased website traffic. He was aiming to capture personal data of millions of gullible citizens which could be later traded to various cyber criminals to cheat the victims and extort money from them on various pretexts.

"The accused had cleverly used Google Adsense, a program that allows bloggers and website owners to make money by displaying Google ads. There are two ways to make money from Adsense viz. Impressions (based on the number of page views) and Clicks (on the ads). The more attractive the ad, the more traffic it generates and larger the revenue generated. Adsense publishers receive 68 percent of the click cost and Google takes 32 percent as commission," the statement from police read.

So far, the accused had managed to get 1.52 million views on the website and more than 68 thousand clicks. The relevant devices of accused have been seized. Further investigation is underway.

In order to popularise his website, the accused chose to launch a website offering a 'Free laptops government scheme' to general public and tried to lure them by stating that these were being distributed by the Government of India on the occasion of formation of new government.

Using the Make in India logo and the picture of Prime Minister Narendra Modi, he had created a website which was offering free laptops to 20 million registered users.