Terror suspect Abdul Matin arrested in Mallapuram, to be produced in court today

Hailing from Assam's Barpeta, Matin is one of the 15 trainees from the Simulia Madrasa and Mokimnagar Madrasa in Bardhman district. 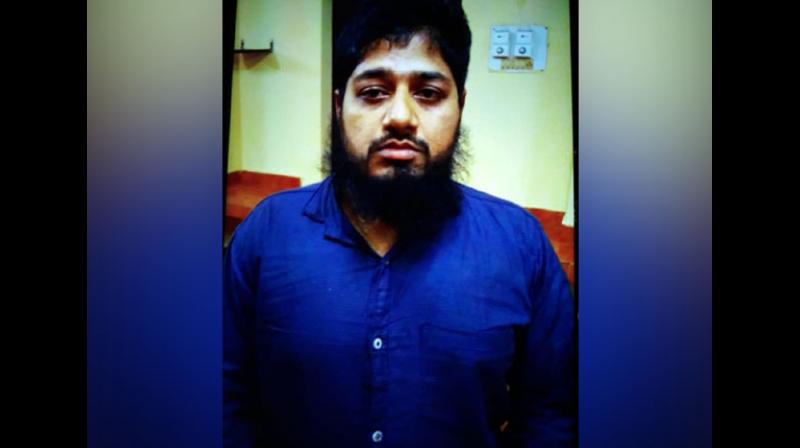 Abdul Matin was trained along with Nasirullah, a JMB terrorist, who is also an accused in the 2014 Khagragarh blast in Bardhman. (Photo: ANI)

Mallapuram: A joint operation by the West Bengal Police Special Task Force and the Kerala police led to the arrest of terror suspect Abdul Matin from Kerala's Mallapuram on Friday.

Matin, an active member of the terror outfit Jamaat-ul-Mujahideen Bangladesh (JMB), will be produced in court on Saturday.

Hailing from Assam's Barpeta district, Matin is one of the 15 trainees from the Simulia Madrasa and Mokimnagar Madrasa in West Bengal's Bardhman district. He was trained along with Nasirullah, a JMB terrorist, who is also an accused in the 2014 Khagragarh blast in Bardhman.

Apart from Nasirullah, Matin is a known associate of other JMB members like Moulana Yousuf, the alleged mastermind of the blast, Sahidul Islam, Jahidul Islam among others.

The blast was conducted in the Khagragarh locality of Bardhman in October 2014 and two JMB leaders were reportedly killed. The police had seized a huge cache of explosives, including IEDs and RDX from the blast site.