AgustaWestland scam accused lawyer Gautam Khaitan was arrested by the ED on January 26. 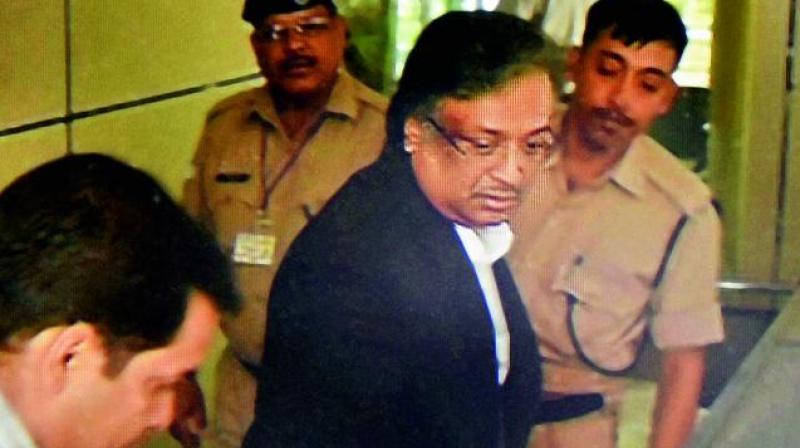 Gautam Khaitan has been alleged to have been operating and holding a number of foreign accounts illegally and thereby possessing black money and stash assets, according to officials. (Photo: PTI | File)

The Enforcement Directorate (ED) has arrested lawyer Gautam Khaitan, accused in the AgustaWestland VVIP chopper case, in connection with a fresh case of possession of black money and money laundering, officials said on January 26.

They said Khaitan had been placed under arrest on Friday January 25 night by the agency sleuths under the Prevention of Money Laundering Act (PMLA).

A fresh criminal case under the PMLA had been filed by the ED against Khaitan on the basis of a case filed on January 26 by the Income Tax Department against him under Section 51 of the Black Money (Undisclosed Foreign Income and Assets) and Imposition of Tax Act, 2015.

Khaitan has been alleged to have been operating and holding a number of foreign accounts illegally and thereby possessing black money and stash assets, officials said.

It is understood that the investigative agencies have got fresh leads against Khaitan after the questioning of Christian Michel, an alleged middleman in the VVIP chopper deal with AgustaWestland, who was extradited by India from Dubai in December last.

The Income Tax Department had last week carried out searches against Khaitan in this new case filed under the anti-black money law. Khaitan had been arrested by the ED and the CBI a few years ago in connection with their probe in the Rs 3,600-crore AgustaWestland case.