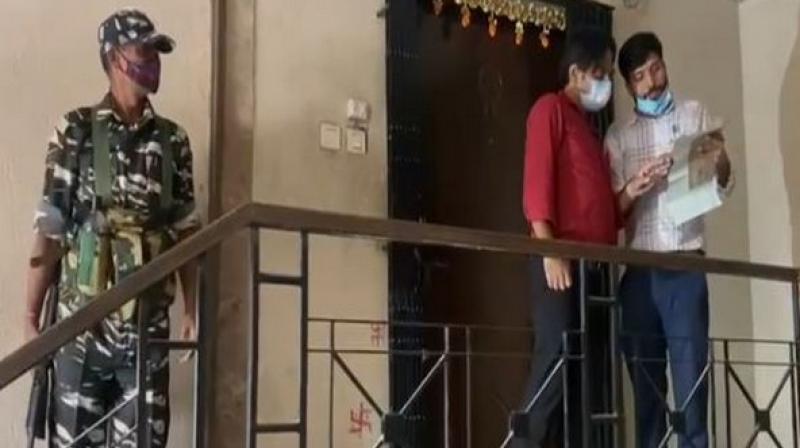 Officials carried out the raids at different locations in Kolkata. (ANI)

Kolkata: Enforcement Directorate (ED) on Wednesday conducted raids across 10 locations in Kolkata in connection with the fake vaccine case.

Officials carried out the raids at different locations in Kolkata. The officials also confirmed the raids.

Earlier, Debanjan Deb who was impersonating as an IAS officer was arrested by Kolkata Police for conducting fake vaccination drive.

On July 3, the office of Debanjan Deb was raided by the Detective Department of the Special Investigation Team (SIT).

According to the Kolkata Police, voluminous material, such as attendance registers, visitor slips, applications for jobs, fake tender documents and several others were seized.

Prior to this, an SIT was formed on June 25 by the police to investigate the matter just days after TMC MP Mimi Chakraborty was allegedly given fake vaccination at such a camp. Deb was subsequently arrested based on Chakraborty's complaint.

On June 26, the West Bengal government had formed a four-member expert committee to examine the effect of the fake COVID-19 vaccination in Kolkata and also take corrective actions.

Further probe in the matter is underway.