The incident took place on Saturday morning and the accused was arrested from the village in the evening, police said. 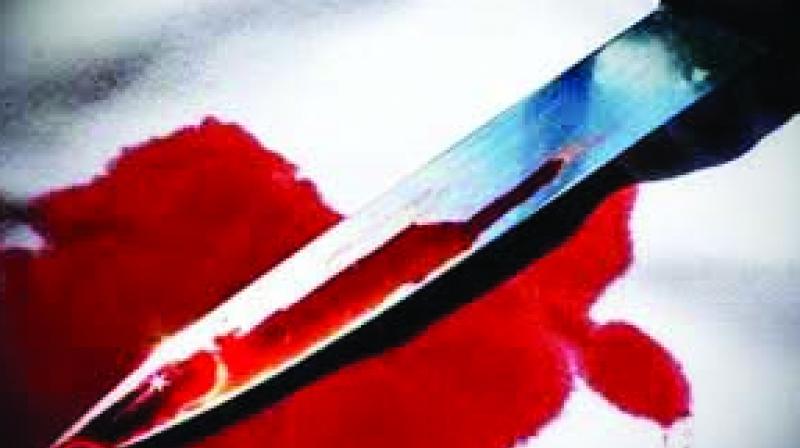 The accused used to be taunted by his cousin's family for being unemployed. There was also some old land dispute between the two families, the police said. (Representational Image)

Nashik: A 21-year-old man allegedly stabbed to death three members of his cousin's family, including his four-year-old son, in tribal-dominated Malwadi village in Igatpuri tehsil of the district, police said on Sunday.

According to police, the accused, Sachin Ganpat Chimate, committed the crime as he was angry over their frequent taunts on his being jobless.

The incident took place on Saturday morning and the accused was arrested from the village in the evening, police said.

The victims were identified as his cousin's mother Hirabai Shankar Chimate (55), wife Mangal Ganesh Chimate (30) and their son Rohit (4). After the attack, they were rushed to Ghoti rural hospital, where they succumbed to their injuries, Atul Zende, Deputy Superintendent of Police (District Rural), said.

"The accused has passed HSC (Class XII) exam, but is not getting a job. His cousin and his family often used to taunt him on being unemployed. There was also some old land dispute between the two families," the officer said.

"On Saturday morning, Sachin took a knife and went to his cousin's residence and stabbed to death three of his family members in a fit of rage," the officer said.

The accused also attacked Rohit's elder brother, six-year-old Yash, who managed to escape from the spot.

"Yash was attacked on his neck. But he ran away from the spot and hence survived. He is currently undergoing treatment at Nashik Civil Hospital," Zende said.

The accused has been booked by Ghoti police under IPC sections 302 (murder), 307 (attempt to murder) and 326 (voluntarily causing grievous hurt by dangerous weapons or means), the officer said.