The Indian Army posted a statement regarding the incident, warning of appropriate response for the 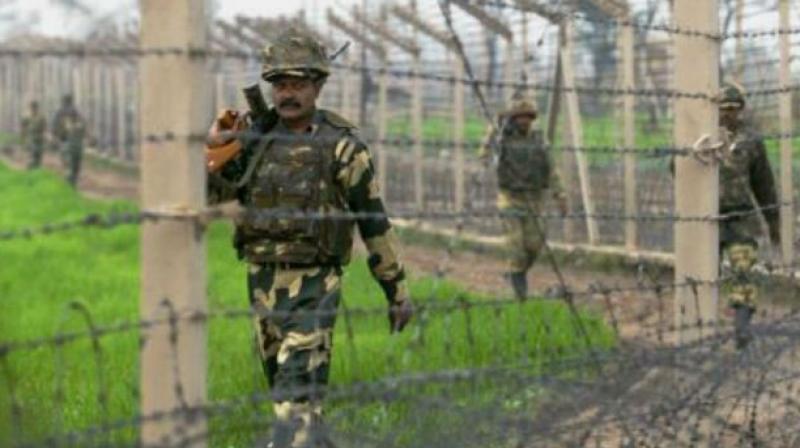 Srinagar: The Pakistan Army mutilated bodies of two Indian soldiers after killing them following a ceasefire violation in Poonch of Jammu and Kashmir on Monday.

The Indian Army posted a statement regarding the incident, warning of appropriate response for the "despicable act."

In an unsoldierly act by Pakistan Army the bodies of two of our soldiers in the patrol were mutilated: Army pic.twitter.com/z5b2z1Ikya

The soldiers who were killed were part of a team on patrol between two forward posts in Poonch along the Line of Control, Northern Command said in a press statement.

A Junior Commissioner Officer (JCO) of the Army and a Border Security Force (BSF) head-constable were killed and another BSF jawan was injured when Pakistani troops fired automatic weapons and rocket-propelled-grenades to target an Indian forward post along the Line of Control (LoC)  in Jammu and Kashmir’s Poonch district on Monday morning.

The condition of the injured BSF jawan is stated to be ‘stable’.

The officials in Jammu said that the Pakistani troops resorted to unprovoked shelling at the BSF post in Poonch’s Krishna Ghati sector at 8:30 am. The two critically injured jawans were removed to a nearest medical facility but were declared brought dead on arrival.

Officials in Jammu while confirming the incident, said that BSF head-constable Prem Sagar and Army's Naik Subedar Paramjeet Singh “who were critically injured in the Pakistani firing and shelling succumbed on way to the hospital”.

They also said that second BSF jawan injured in the firing and shelling is “out of danger”.  The firing has stopped, reports received in Jammu said. But it is not clear as yet if the Indian troops retaliated to the Pakistani firing or not.