India   All India  31 Dec 2019  Not so innocent people have also died in violent CAA protests: Ram Madhav
India, All India

Not so innocent people have also died in violent CAA protests: Ram Madhav

He said that the minds of the leaders opposing CAA are 'knowledge and information proof'. 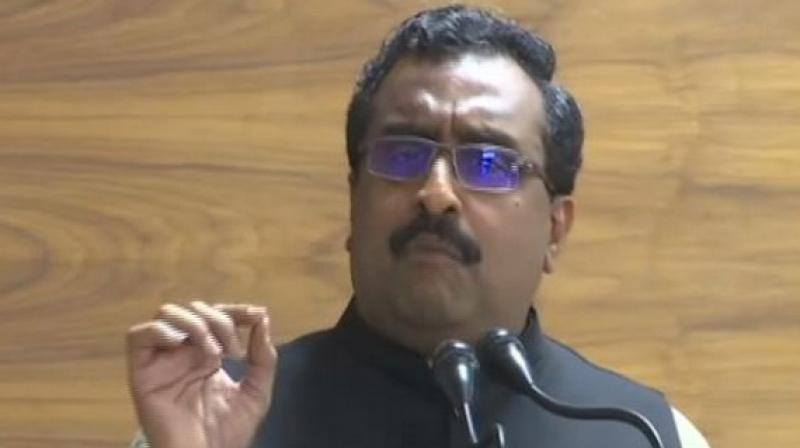 "This Act is not for excluding someone but it is for giving the citizenship to those who have faced religious persecution in Pakistan, Afghanistan and Bangladesh," he said. (Photo: ANI)

Bengaluru: BJP national general secretary Ram Madhav on Monday said that both "innocent" and "not so innocent" people have died in the violent protests against the amended Citizenship Act across the country.

"The protests by the Opposition have led to violence and unrest in several parts of country and lives of innocent and not so innocent people have been lost," Madhav said while speaking at an event on the Citizenship Amendment Act (CAA).

"This Act is not for excluding someone but it is for giving the citizenship to those who have faced religious persecution in Pakistan, Afghanistan and Bangladesh," he said.

"BJP is not against granting citizenship to Muslim, had it been so we would not have given citizenship to singer Adnan Sami who is from Pakistan," he added.

He said that the minds of the leaders opposing the Citizenship Amendment Act (CAA) are "knowledge and information proof".

"In our school days, there was a fashion of waterproof watch. It is the type of watch in which water doesn't enter. Similarly, the mind of opposition leaders who are opposing the CAA is knowledge proof and information proof," said Ram Madhav.

The Citizenship (Amendment) Act for the first time makes religion the test of citizenship in India. The government says it will help minorities from three Muslim-dominated countries to get citizenship if they fled to India because of religious persecution. Critics say it is designed to discriminate against Muslims and violates the secular principals of the constitution.